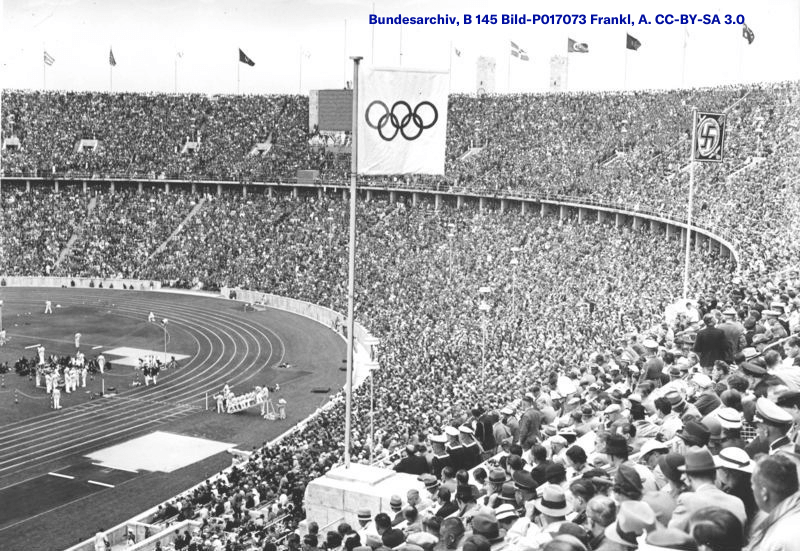 The Olympic Games are a major event with a global appeal. We are taking this opportunity to remember athletes who were subjected to Nazi persecution. Many Olympic athletes were among them. They too had cause to fear for their lives – if they did not conform to the Nazis’ racist worldview, if they did not want to cooperate with the regime, or if they engaged in resistance.

When the Nazis seized power, it did not take long for Jewish athletes in Germany to feel the consequences. Following the decision to exclude Jews from the civil service in April 1933, many gymnastics and sports associations reacted in anticipatory obedience and excluded Jewish members too. They were stripped of their titles and banned from competitive events. Local governments forbade Jewish athletes to use playing fields and gymnasiums.

Three years later, in 1936, the Winter Olympics in Garmisch-Partenkirchen and the Summer Olympics in Berlin were to be held without Jewish athletes from Germany being able to take part, despite the fact that some of them were among the country’s most successful sportspersons. Efforts to boycott the Olympics in Nazi Germany surfaced in many countries, but ultimately the Games took place as planned. The athletes from other countries who took part in the Games included a large number of black and Jewish athletes, many of whom succeeded in winning a medal – much to the Nazis’ chagrin.

To help Germany present a cosmopolitan image to the world, the National Socialists accepted the nomination of ice hockey star Rudi Ball for the German team they were sending to the Winter Games, despite the fact that he was classified as a “half-Jew.” The striker sustained an injury during the Games and had to watch from the sidelines as the team missed out on a medal. For the Summer Games, those in power brought Helene Mayer onto the German fencing team; she too was categorized as “half-Jewish.” She won silver in the individual foil event. By contrast, Jewish high jumper Gretel Bergmann was not allowed to compete, despite having set the German record of 1.60 meters shortly before.

Three years after the Olympic Games in Berlin, the Second World War began, as did Germany’s occupation of much of continental Europe.  Now German athletes were not the only ones threatened by the Nazis; former Olympians from many different countries now had cause to fear for their lives – because they did not conform to the Nazis’ racist worldview, because they did not want to cooperate with the regime, or because they engaged in resistance.

During the Olympics, we will be presenting the following sports personalities: