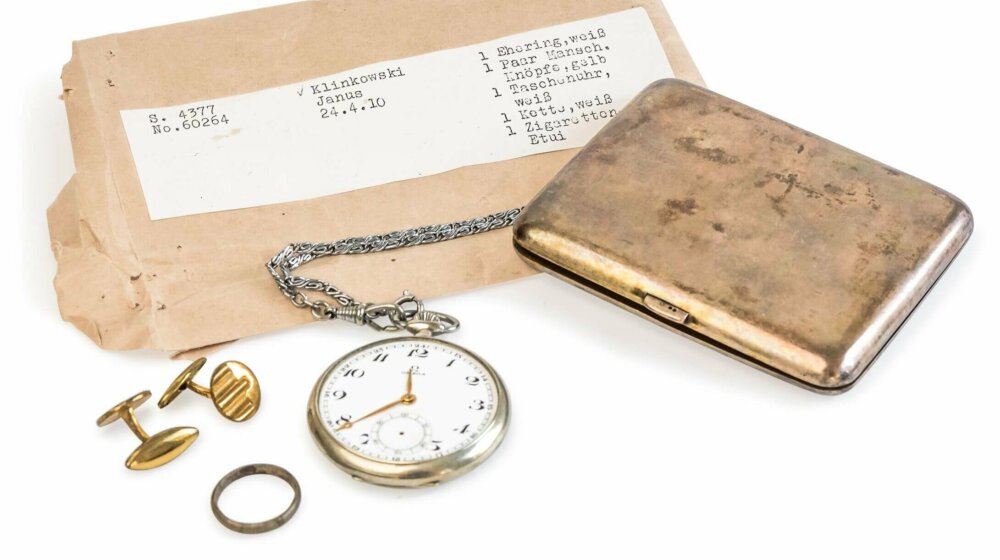 On the night of May 8, 1945, Nazi Germany signed an act of unconditional surrender. The Stutthof concentration camp was liberated by the Red Army on the following day. To mark the 76th anniversary of this, the Arolsen Archives and the Muzeum Stutthof w Sztutowie are jointly publishing a #StolenMemory online exhibition focusing on the fate of prisoners from this camp.

Nazi Germany invaded Poland on September 1, 1939. Just one day later, the German occupiers set up the Stutthof concentration camp within the borders of the Free City of Danzig. They initially used the camp to imprison Polish men and women from the region. Later on, the Nazis also deported people from other parts of Poland and occupied Europe to the Stutthof concentration camp. Around 110,000 men, women and children from 28 countries were imprisoned in Stutthof before it was liberated. About 65,000 of them were murdered. Most of the prisoners were from Poland, the Soviet Union and the German Reich. When they were imprisoned, they had to hand over all of their personal belongings – even wedding rings and family photos.

The SS later sent many prisoners from Stutthof to the Neuengamme concentration camp. Their personal items were sent along with them. Several thousand of these “effects” were saved by chance and later wound up in the collection of the Arolsen Archives. The #StolenMemory online exhibition tells the stories of 20 people whose last keepsakes found their way into the archives. The Arolsen Archives have tracked down the families of six of these Stutthof prisoners. The remaining 14 families are still be sought so these stolen keepsakes can be returned.

To the online exhibition
Journey of the effects

While the Arolsen Archives were preparing the online exhibition, the tracing department received an unexpected message: the family of Franciszek Czaplicki, who was going to be one of the #Searching cases in the exhibition, contacted the archive and asked for information about their missing granduncle. Thanks to this inquiry, Franciszek Czaplicki’s pocket watch was given back to his family – and the story of another successful return was added to the exhibition.

One of these success stories involves Wiesława Brzyś’ jewelry. Like Czaplicki and several other people featured in the exhibition, this young woman was arrested when the German occupiers expelled large parts of Warsaw’s civilian population as a reprisal measure during the Warsaw Uprising in the summer of 1944 and deported them. The Arolsen Archives found her daughter Wanda Jaroszyńska in Poland and returned her mother’s jewelry to her. In this interview, she talks about what receiving the jewelry means to her.

In addition to the online exhibition, some of the #StolenMemory educational materials will be published in Polish so they can be used for projects with young people, for example. Hopefully it will also be possible to hold a #StolenMemory exhibition on site at the Muzeum Stutthof w Sztutowie in the future.