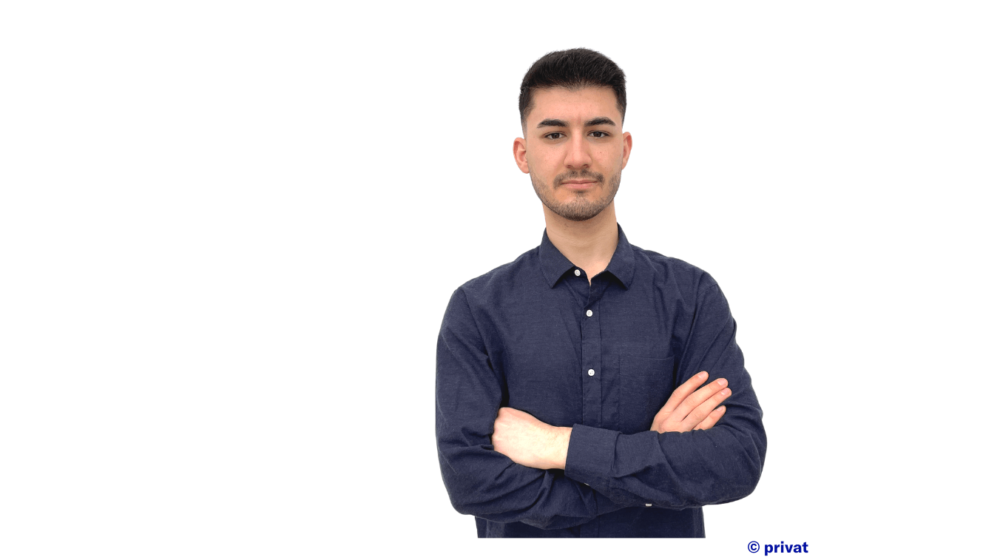 Kato Uso has set himself an unusual goal for the Easter holidays: Together with his 600 fellow START Foundation scholarship holders, he wants to index 10,000 documents on victims of Nazism. The 20-year-old, who came to Germany from Syria six years ago, wants to help keep the memory of Nazi crimes alive by participating in the #everynamecounts project.

Kato, how did you hear about #everynamecounts?

I followed the media coverage of Holocaust Remembrance Day on January 27 very closely and also watched Charlotte Knobloch’s speech in the Bundestag. Afterwards, I felt I should find out more about the topic, so I looked for appropriate hashtags on Instagram. That’s how I found #everynamecounts and how I came to take a closer look at the project.

What made you want to join with other START Foundation scholarship holders and take part in #everynamecounts?

I’ve always found the Shoah, and the Nazi regime in Germany too, a deeply unsettling subject, and I’ve often asked myself how it’s possible to hate people of a certain origin, culture, religion, or appearance so much that you want to kill them. Six million Jews were murdered in cold blood, as well as Sinti and Roma, people with disabilities, and many others.

Some people might say it’s ancient history now, but I could sit down today and make a list of the names of present-day victims, people who’ve been viciously attacked or even killed by followers of right-wing extremist ideologies. We’re not just talking about a few isolated cases here, and that’s why for me, #everynamecounts really counts. We must make sure we don’t lose this culture of remembrance, not today, not tomorrow, and not the day after tomorrow either, and that’s why we need to stand up for it and get actively involved.

We’re quite a big community, and I’ve been looking for people to join in and work on this project with me. Everyone was enthusiastic about the idea as soon as I told them about it. One of the basic principles advocated by the START Foundation is that we should try and make a difference to the society we live in, and I think that’s something we can definitely do with #everynamecounts. If a lot of us join in, we’ll definitely reach our goal of indexing 10,000 documents.

What is it that makes this project special for you?

When you read about antisemitism and racism or when you attend seminars on these topics, you only learn about the numbers, you don’t often hear about what happened to individual people. But when you index a document for #everynamecounts, and you find out that a certain person was killed because they were Jewish, it affects you at a much deeper level. I’ve seen documents about people who were my age when they were deported, for example, and about a baby who was in a concentration camp. You find out so much more about people’s fates this way. When I see children playing in the street now, I find myself imagining how these same children could have been sent to Auschwitz back then.

Why is social engagement so important to you?

I’ve been involved in my local community for a long time, and I try to mediate between different social groups and improve communication between them. I’m registered with the local authority as a volunteer translator for Kurdish and Arabic. My goal is for society to function as a whole, and language is the key to achieving that. At the START Foundation, the goal is for us to make a difference and change things. During the current “super election year” in particular, this is something we should all bear in mind when we cast our votes. (Note: six state elections and a federal election will be held in Germany this year, making 2021 a “super election year.”)

Kato Uso became a scholarship holder in 2019 and is one of START’s regional spokespersons in North Rhine-Westphalia. He came to Germany from Syria in 2015 and now lives in Minden. As a START scholarship holder, making an active contribution to a vibrant democracy is important to him. As student representative at his school, Freiherr-vom-Stein-Berufskolleg, he is committed to ensuring that the voices of young people are heard. Outside of school, one of his activities is coaching children as a volunteer with the “Open Gym” project.

For more information
Support us