Research on “Military Internees” from Italy 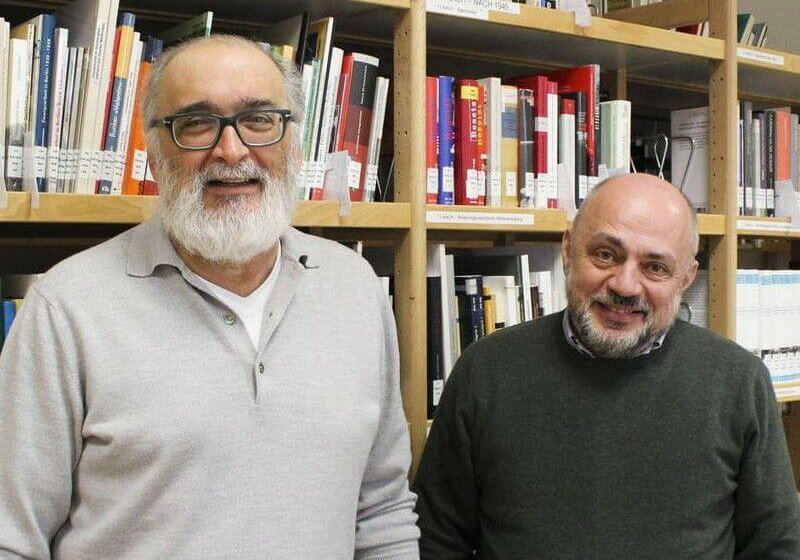 Two historians from Bologna have devoted themselves to reconstructing the fates of the Italian “military internees” in German camps and prisons. In their efforts to learn more about this little-known aspect of Nazi history, Andrea Ferrari and Fabrizio Tosi of the National Association of Ex-Deportees into the Nazi Camps (ANED) have already carried out research in the ITS holdings several times.

After Italy concluded an armistice with the Allies in early September 1943, the pact between Berlin and Rome disintegrated. The Wehrmacht took some 600,000 Italian soldiers prisoner, disarmed them and deported them to Germany as so-called “military internees.” The inmates had to perform forced labor in the camps: Adolf Hitler thus violated the international law of war. Approximately 50,000 of the former soldiers were murdered or died as a consequence of the inhumane conditions in their places of custody. Their only means of escaping forced labor was to join the Wehrmacht. Three-quarters of the imprisoned Italian soldiers rejected that option.

When the ANED scholars visited the ITS in March 2019, they focused on the deportees who were detained not in camps but in prisons. “Our goal is to complete our picture of the period in question,” is how Andrea summed up the current project. The ITS, whose holdings have yet to be thoroughly researched, is an important source for the historians’ work. The insights they gain will be discussed in the organization’s scholarly publications and integrated into its education work.

The ANED is a federation of survivors, families of victims, and other dedicated persons in Italy. Its foremost goal is to tell young people the stories of those who resisted fascism and paid for it with their freedom and, in many cases, their lives. To this end, ANED has been organizing trips for young people to sites commemorating the deportations all over Europe since 1960. Workshops and encounters with contemporary witnesses serve as preparation. “Over the past few years, the interest in these trips has increased again,” Andrea is happy to report. For the upcoming visit to the former Mauthausen concentration camp three-hundred and fifty young people registered.