Return of personal belongings in cooperation with Stutthof Memorial 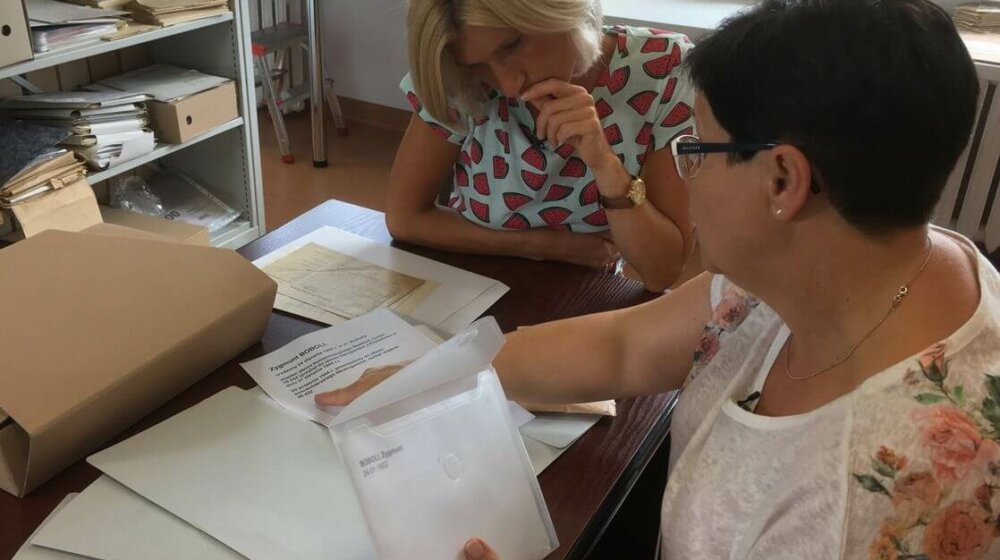 On 2 September 1939, just one day after the invasion of Poland and the outbreak of World War II, the Nazis erected the Stutthof concentration camp, 21 miles east of Gdansk. 78 years later, the International Tracing Service (ITS) was now able to hand over the personal belongings of a former prisoner to his family. The return was possible thanks to the cooperation with the Stutthof Memorial. The Polish TV station TVN accompanied the research.

Boguslawa Tartakowska, archivist of the memorial, and ITS employee Malgorzata Przybyla had searched together for the family of the former prisoner Zygmunt Boboli. The two of them discovered an address in Warsaw in the archives of the memorial. The ITS was then able to locate the granddaughter Ewa Sioda and returned a pocket watch today.

On 31 August 1944, at the age of 42, Boboli had been transferred to the Stutthof concentration camp because of his participation in the Warsaw Uprising. The camp was the first of its kind after the attack on Poland. Already since 1936, the National Socialist movement in the “Free City of Danzig” had produced index cards of “undesirable Poles” who were to be arrested. Initially, the detainees included Polish intellectuals and Jews from Gdansk. In 1944, the number of prisoners rose to 57,000. In total, about 110,000 people were imprisoned in Stutthof, of whom about 65,000 were killed until the liberation on 9 May 1945.

Boboli stayed only a few days in the concentration camp Stutthof. On September 4, 1944, he was transferred to Neuengamme concentration camp and from there to the sub-camp Watenstedt where he had to work in the production of grenades. The last Station was the Ravensbruck concentration camp. The prisoners were taken there after the evacuation of Watenstedt in mid-April 1945. Boboli survived. “Trembling and emaciated – he returned home to his family on the shoulders of a colleague,” reports his granddaughter Ewa Sioda. “He was very ill and needed years to recover. He never wanted to talk about wartime.” In 1971, Boboli died.

In the pocket watch, which now could be given back to his family, his granddaughter sees a tangible proof of the time. “My grandfather had it with him until the end – a memory that we will pass on through the generations.” The ITS is still looking for other family members of former prisoners whose personal belongings are part of the ITS archival holdings. The names and photos of all effects can be viewed in the online archive including more than 650 personal belongings of former Polish prisoners.