Searching for traces in the Ukraine 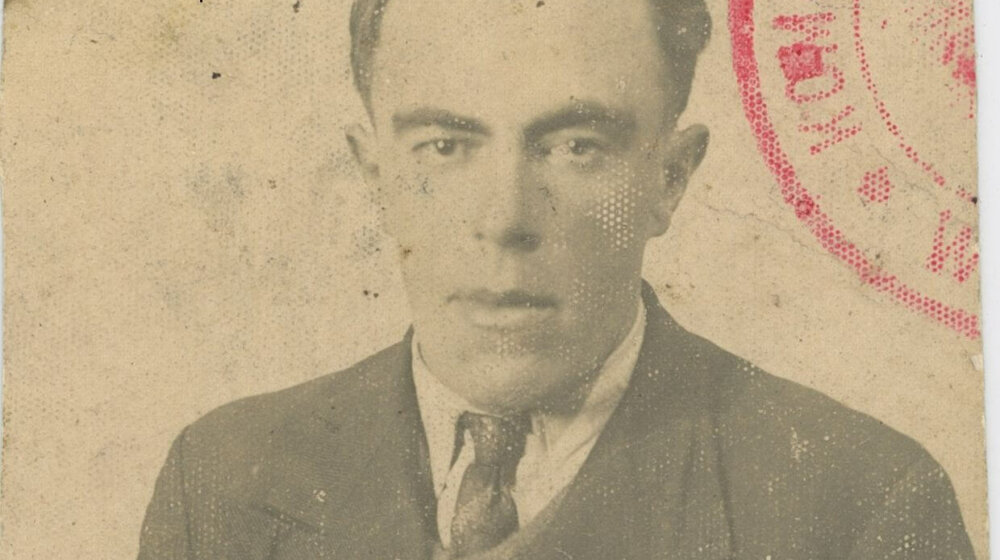 Georg Baran, a forced laborer under the National Socialists in the German Reich, was never to return to his home country: after less than a year, he died in an accident at work on a farm in Schleswig-Holstein. The Ukrainian Red Cross met his niece in Lviv and gave her some documents and photos that had belonged to her uncle. The Arolsen Archives work with various partners to trace people whose personal belongings are still kept in the archive today. These items were passed on to the institution so that their rightful owners could be found, and their personal belongings could be returned.

A few photos, some letters from his brother and from a friend who was a priest, clothing cards and wage cards: Georg Baran’s personal belongings tell the story of the time he was obliged to spend working in National Socialist Germany, a period which ended with his death. From 1943 onwards, more than half of all agricultural workers were foreign forced laborers. Most of them came from the occupied territories in Central and Eastern Europe – like Georg Baran, who was born on 4 May 1910 in the district of Stryi, which is now in the Ukraine. In July 1942, he came to Germany as a forced laborer and worked on a large estate near Eckernförde.

The German occupation authorities had what were known as employment centers in every region. At first, attempts were made to recruit volunteers. But the response was insufficient to satisfy the great demand for labor. What is more, word soon spread that laborers were being lured with false promises, only to be treated as second class citizens and deprived of their rights later on. The Nazi regime practiced systematic and inhumane exploitation of laborers. Able-bodied men and women were summoned and deported to keep the wartime economy of the National Socialists afloat. Georg Baran was one of those to receive such a summons: “You are to present yourself at the Stryi employment office on 17.VII.1942 at 7 a.m. for departure as an agricultural worker to a place of employment in the German Reich. Bring the following: identification papers, work clothes, sturdy shoes and rations for two days.” He also took photos of his sister and of his brother Michal with him. Georg’s personal belongings also include labor cards and other documents issued by the Nazi bureaucracy for forced laborers and used for administrative purposes.

Georg Baran died in an accident at work on 22 April 1943. His death certificate, which was issued after the war, is held by the Arolsen Archives. A statement made by the estate tenant has also been preserved, in which he testifies that the young man had been in his employment as a “farm worker” since 25 July 1942. The document describes the circumstances of his death as follows: “While loading wagons, he got caught between the doors and died immediately afterwards of the severe bruises and contusions he received.” His wallet was sent to the archive in Arolsen in 1954. The Ministry of the Interior of Schleswig-Holstein handed it over to the Tracing Service, as it was then known. To this day, the Arolsen Archives still have more than 2,500 envelopes containing personal belongings. Almost all of them come from former concentration camp prisoners, so Georg Baran’s wallet is an exception. It was probably kept on the farm at first and not handed over to the authorities until later. Another thing that makes it special is that this is only the fourth time personal items have been returned to someone from the Ukraine.

Documents about his niece’s father were also found

The Ukrainian Red Cross had set out to search for relatives of Georg Baran as part of the #StolenMemory campaign and after more than two years, they finally found his niece, Ljubow Iwanowna. She lives in the far west of the Ukraine, near the Polish border. Her uncle’s belongings were sent to the Lviv branch of the Red Cross so that they could be returned to her in person. Staff handed them over to Ljubow Iwanowna Baran and also gave her helpful explanations about the objects and the documents. She was very moved to be given photos and letters which had been the personal property of her uncle. 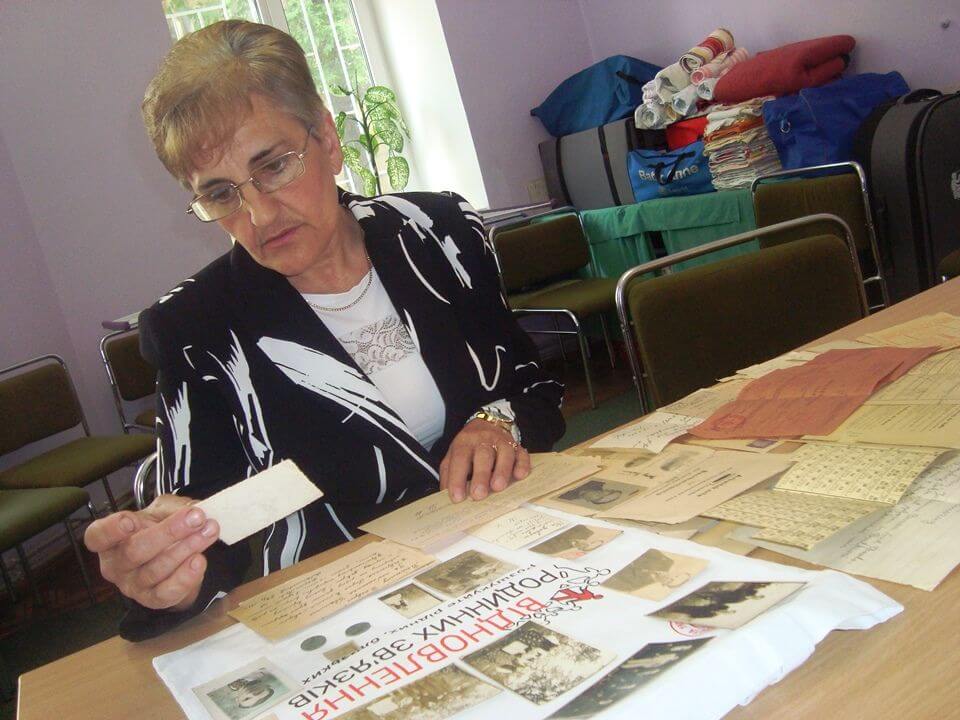 »It is a shame that my father did not live to see this day and cannot see his brother’s personal belongings with his own eyes.«

And that was not all: the Arolsen Archives also hold documents which contain information about her father Iwan, who, like his brother, was also made to do forced labor for the Hitler regime. He was registered in Germany up until liberation by the Allies. At the end of the war, he returned to the Ukraine. The family now have copies of these documents too; they make it easier to understand their family history.

In Central and Eastern Europe in particular, families often only find out about the fate of relatives who died as forced laborers or concentration camp prisoners through the #StolenMemory campaign. This was also the case with Georg Baran. His niece now plans to come to Germany in the near future to visit her uncle’s grave.