To mark International Women’s Day on March 8, we present the fate of Selma Grünewald. Up until 1933, she made public appearances under the name Nora Norelli and drew attention to the dangers connected with illegal abortion. Her Gestapo file, which is held in the Arolsen Archives, paints the picture of a strong woman and tells a story of self-empowerment.

Selma Grünewald was born in Kobern near Koblenz in 1899. Her father Samuel Grünewald, a businessman, was head of the local Jewish community for many years. When she finished school, Selma trained as a nurse. She worked as an assistant to a doctor in Cologne. At the age of 25, she was sentenced to 6 months in prison for “aiding and abetting abortion” in contravention of §218.

During the “Weimar Republic” there was resistance to this law, especially because having a large number of children led to economic misery and placed too heavy a burden on women, especially in working class families. The number of abortions was high – and if they were carried out by charlatans, not only did the women risk criminal prosecution, they also risked their lives.

It was probably after serving her prison sentence that Selma began to appear in public and to campaign for better education. She was interrogated by the Gestapo whose records describe her testimony as follows: she stated that up until 1933 she had worked in film as a dramatic advisor under the name Nora Norelli and had given scientific lectures to accompany films. She mentioned a number of productions, including the 1929 film “Women’s Misery – Women’s Happiness.” Directed by Eduard Tissé – the famous Soviet director Sergei Michailowitsch Eisenstein was the creative supervisor. It was one of the first films to deal with the subject of unwanted pregnancies and portray the suffering caused by illegal abortions. 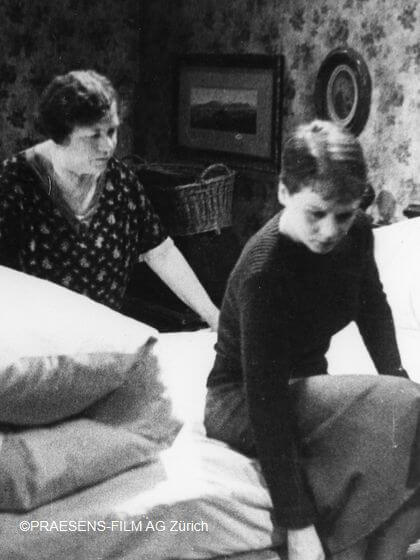 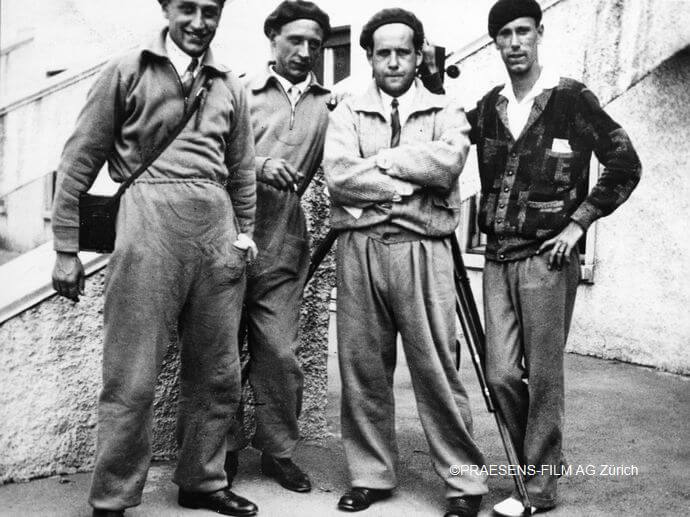 In their 1929 film “Women’s Misery – Women’s Happiness”, the team surrounding the directors Eduard Tissé (left) and Sergei Eisenstein (2nd from right) showed the fates of three women who suffer hardship as a result of pregnancy. Many women died as a result of illegal abortions in those days. The film screenings and the accompanying lectures which Selma Grünewald was involved in were intended to educate and inform the public.

The cinematic representation of operations and a birth and the messages the film conveyed caused a scandal. Screenings were sometimes forbidden; sometimes the film was only allowed to be shown in conjunction with an explanatory lecture. The Gestapo file indicates that Selma Grünewald held these public lectures in many German cities as Dr. Nora Norelli.

Extract from an interrogation of Selma Grünwald by the Düsseldorf Gestapo on 29 January 1940.

When the National Socialists seized power, everything changed for the then 34-year-old Jewish woman. Her father died in 1933, and her brother Julius fled Germany a few years later. Selma took care of her mother. Both of them were destitute due to the Nazi regime’s policy of expropriation. When the Gestapo confiscated their passports in 1938, all their hopes of emigration were dashed. Between 1935 and 1940, entries in Selma Grünewald’s Gestapo file indicate that she was denounced on a number of occasions.

Then, in January 1940, the Düsseldorf Gestapo arrested her on charges of “race defilement.” Under the “Nuremberg Laws” passed by the National Socialists in 1935, female Jews were forbidden to have sexual relations with “non-Jews”. In her testimony, written under the supervision of the Nazi authorities, Selma Grünewald emphatically denied the accusation several times.

The case was dropped against her co-defendant, Rudolf Kirschner, a barkeeper who was later to become a soldier, because he had not known that she was Jewish. However, the Düsseldorf Gestapo ordered that Selma Grünewald be admitted to the Ravensbrück concentration camp. “The female Jew Grünewald was found guilty in 1937, in connection with the barkeeper Rudolf Kirschner, (…) of having engaged in miscegenation.” Her activities during the period prior to 1933 also find mention in the reasons given for her conviction: “(…) Furthermore, she had mail sent to her under the address “Dr. Norelli.” During the period of the Weimar Republic, Grünewald held sexual lectures under this name at late-night film screenings.” The Gestapo office responsible then summarized as follows: “The female Jew Grünewald is a person of ill repute who has previous convictions for abortion, among other things. Grünewald is to be sent to a concentration camp.”

View Gestapo file of Selma Grünwald at the Online Archive

The Gestapo repeatedly extended Selma Grünewald’s ‘protective custody’ without giving any reasons. This occurred for the last time in March 1942. On March 15, 1942, the camp commandant of the concentration camp addressed a letter to the Düsseldorf State Police Office. “Death of the protective custody prisoner Selma (Sara) Grünewald.”

Selma Grünewald was murdered by the National Socialists in the Bernburg euthanasia center. Nearly 5000 prisoners from various concentration camps who were no longer able to work died there in the gas chambers in a campaign given the code name “Sonderbehandlung 14 f 13” (English: “special treatment 14 f 13”). Her Gestapo file gives “acute yellow atrophy of liver” as the “official cause of death.”