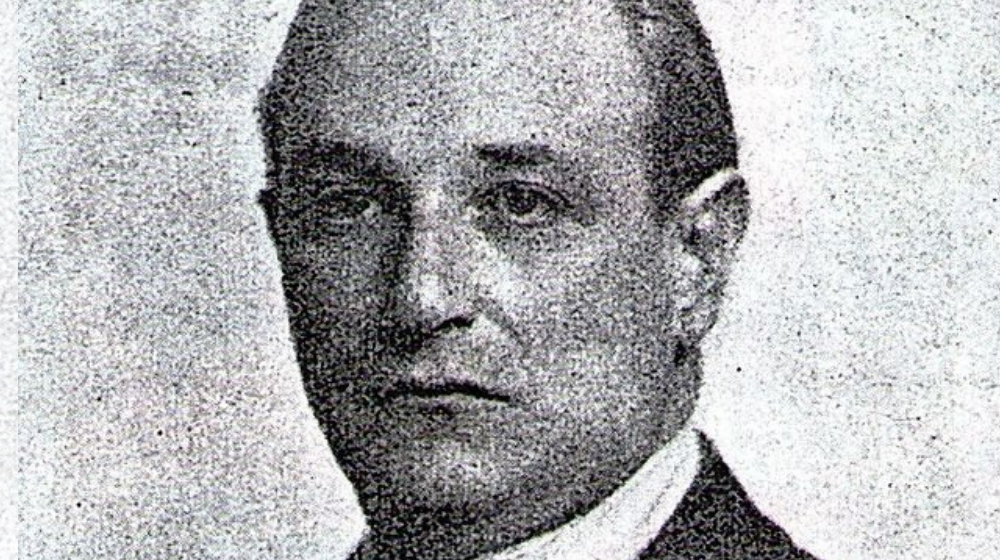 The Czechoslovak Štefan Lux resorted to drastic means in a bid to warn against the Nazi regime: In 1936 the Jewish journalist shot himself during a session of the League of Nations.

Geneva, July 3 1936: Štefan Lux attends the session of the League of Nations – a kind of predecessor institution of the General Assembly of the United Nations – as an accredited journalist. Following the invasion of the Empire of Abyssinia (Ethiopia), one of the topics for discussion on the day’s agenda are sanctions against Mussolini’s Italy. It quickly becomes clear that – yet again – no rigorous measures will be adopted.

Into the lethargy of the meeting Štefan Lux steps in front of the assembly to set a sign against this violation of international law, but also against the developments in the German Reich: He sees the increasing persecution of Jews, the elimination of the opposition and the dangers posed by the National Socialists. He is said to have shouted, “This is the final blow!” before putting a pistol to his chest and pressing the trigger.

Badly injured, he collapses to the floor. He is given first aid on the spot before being taken to hospital. But the doctors cannot save him, partly because the bullet entered his lung at a point that was too close to a projectile that had wounded him during World War I. This makes an operation impossible. In his death throes, Lux is said to have spoken the following words: “I must die in order for my sacrifice to bear fruit.” The 48-year-old dies on the night of July 4, 1936.

To our special "Journalists in danger"

»I must die in order for my sacrifice to bear fruit.«

Štefan Lux studied law in Budapest, but after his final exams, he turned to acting and began publishing poems and song lyrics under a pseudonym. In 1920, he directed a feature film titled “Justice,” which dealt with Jewish history and was probably one of the first major screen productions to address antisemitism. Despite having a star-studded cast, the film was never released.

Openly against the Nazis

In the early 1930s, Lux had become increasingly politically active; as a freelance journalist, he spoke openly about resistance to National Socialism in various newspapers. However, Lux never became as well known as some other resistance fighters. One of the reasons for this was that the League of Nations made light of the whole affair, and the meeting was even resumed a short time later. The incident was dismissed as the act of a Jewish fanatic in the German press.

Shortly before his suicide, Lux wrote a number of letters in his hotel room, including one to his wife and another which he addressed to the British Foreign Secretary Sir Anthony Eden. The latter contains the following words: “You’ll be facing ruins!”