#StolenMemory Has Arrived in Spain 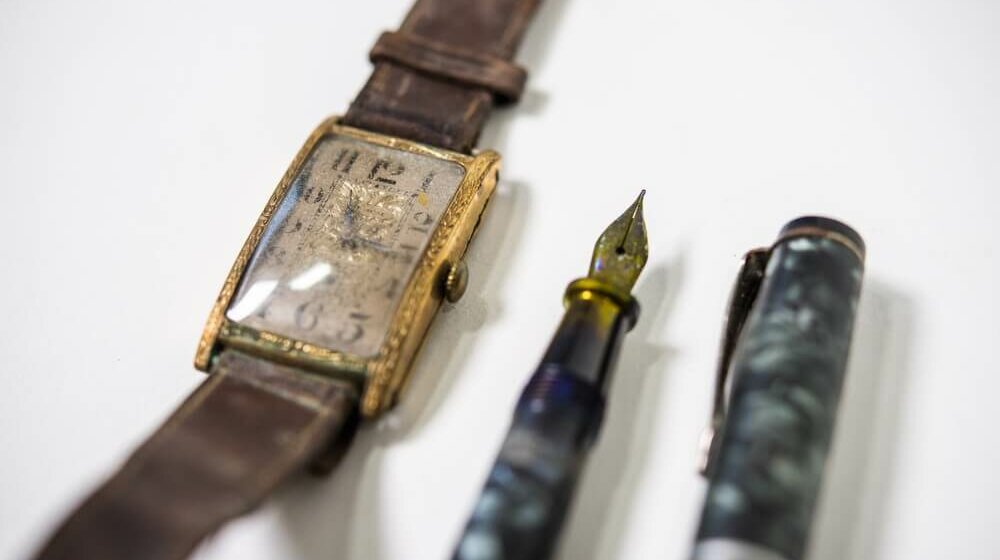 The International Tracing Service (ITS) is currently very present in the Spanish media. The reason is the campaign #StolenMemory: in the ITS archive, there are also objects once belonging to Spanish concentration camp inmates awaiting return to those inmates’ families. Radio stations, newspapers, blogs and a growing number of volunteers have joined in the search. Within a short time, six families have been found.

It is thanks to Antonio Muñoz Sánchez that Spain has turned its focus to an often overlooked piece of history: the detention of Spanish citizens in German concentration camps. After attending a conference at the ITS, the historian from the University of Lisbon decided to make the ITS #StolenMemory campaign known in Spain. He began by sending information to the media and passing on lists of names to other historians. The ITS also has in its holdings personal possessions of Spanish victims of Nazi persecution who were imprisoned in the Neuengamme concentration camp near Hamburg. A considerable number of these inmates were Republicans who left their homeland towards the end of the Spanish Civil War and went into exile. After the German invasion of France, many of them joined the resistance and were imprisoned by the Nazis. The ITS is looking for relatives to whom it can return the personal items taken from them upon their committal to the concentration camp.

Since Muñoz Sánchez launched the campaign, radio stations, newspapers and blogs have been reporting about the topic in general, and the ITS’s search for families in particular. “There’s been a regular wave,” Nathalie Letierce-Liebig of the ITS remarks—and she’s still receiving new clues and new inquiries from Spain even now. Within just a few weeks, six families were found. One is the family of Braulia Cánovas Mulero, who was deported to the Ravensbrück women’s camp to perform forced labor. Her daughter has meanwhile learned from one of the ITS’s new supporters that her mother’s watch and ring are in the archive. She never dreamed that she would receive items belonging to her mother from the concentration camp after more than seventy years. The family is so impressed with the ITS and its work that they’re now also spreading the word about it and giving interviews on their history. And instead of having the objects sent to them, they’re planning to come to the ITS in person to retrieve them—twelve family members from Spain and France.