“Thanks to the students, the objects have returned to us.” 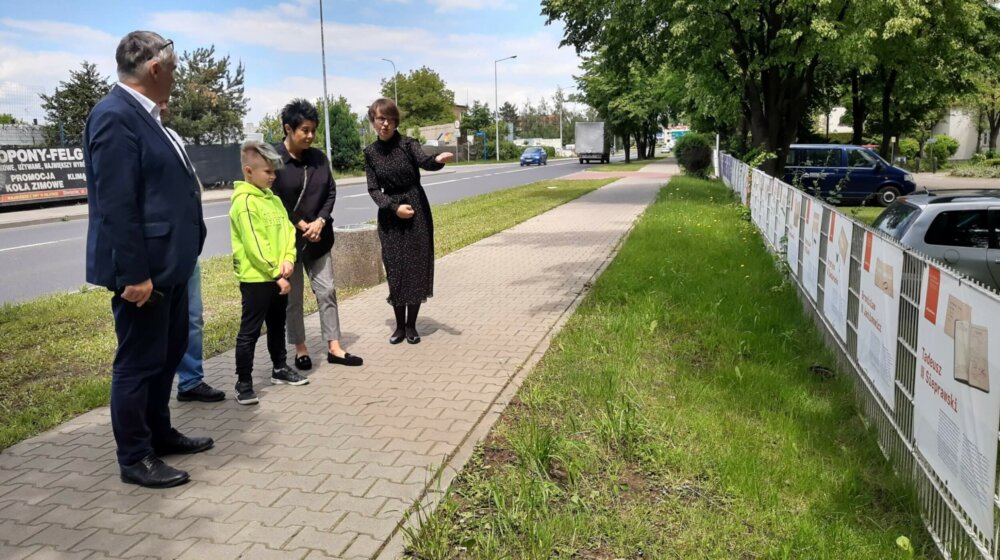 It is the first transfer of effects from students to relatives of Nazi victims: As part of the #StolenMemory campaign, a group of volunteers from a high school in Oświęcim searched for traces of Tadeusz Sieprawski. And with success: 75 years after her great-uncle Tadeusz Sieprawski was deported by the Nazis, Anna Mazur was able to receive his personal belongings.

In June 1940, at the age of only 19, Tadeusz Sieprawski was deported by the Nazis to the Auschwitz concentration camp. He became prisoner number 58. In 1943 he was sent to the Neuengamme concentration camp in Hamburg. He died in May 1945 in the Bay of Lübeck when more than 6,000 concentration camp prisoners were killed in the bombing of the ships Cap Arcona and Thielbek. His effects were kept in the Arolsen Archives.

His story is one of the 17 fates on display in a #StolenMemory exhibition which opened in September 2019 at the International Youth Meeting Center in Oświęcim/Auschwitz (IJBS). On opening day, selected school classes from Oświęcim also visited. Eye-witness Wanda Różycka-Bilnik explained to the young people how important it was for relatives to have personal objects returned to them. This prompted one group of six students to research the traces of a prisoner and find his relatives. “I think it was the moment where every member of our group felt a kind of calling,” says one of the project participants. Each for a different reason: “We were motivated by the desire to learn the truth, the need to help, a fascination with history or a passion for solving puzzles.”

The students chose Tadeusz Sieprawski: a young man from Krakow who worked as a waiter in a café and was deported by the Nazis in the first transport of Polish prisoners to the Auschwitz concentration camp. With the help of documents from the Arolsen Archives and the Auschwitz-Birkenau State Museum, the young people began what would become an extensive research project – culminating in finding Tadeusz Sieprawski’s great-niece Anna Mazur. “I was speechless when I got the call,” she remembers. “The whole family waited for him. It’s as if he were coming home now.”

It is a great success for everyone involved. IJBS, together with the participating students, now plans to replace Tadeusz Sieprawski’s “wanted” poster in the exhibition with a new “found” poster. For the students, it is clear that they want to continue. They are already looking for another family. “All our work and efforts in the search were rewarded when we saw Ms Mazur’s joy. We are absolutely convinced that we want to continue to participate in the #StolenMemory project.”