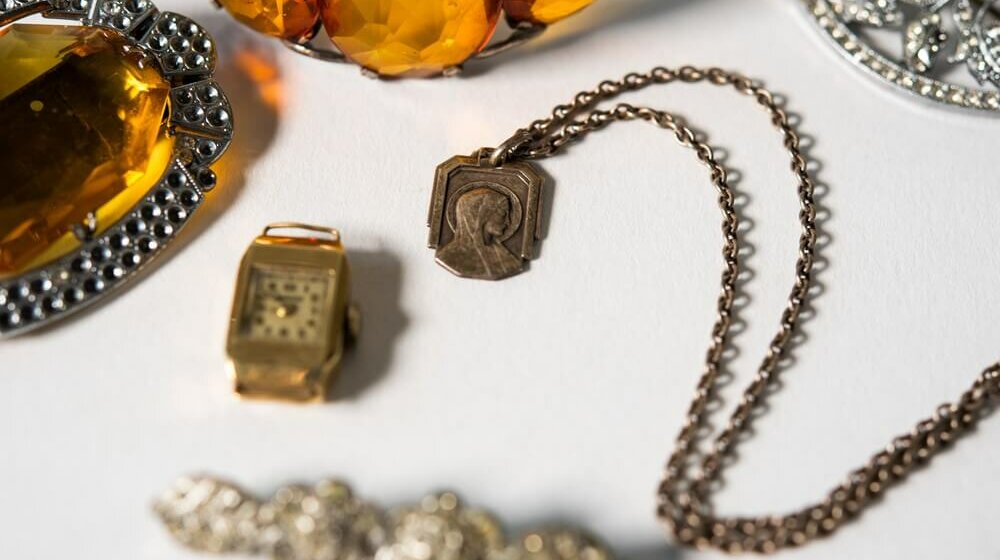 Wanda Jaroszyńska remembers her mother Wiesława Brzyś as a stylish woman who attached importance to looking elegant. Wiesława rarely talked about her time in various concentration camps. Now Wanda has received the personal belongings the Nazis took from her mother in the concentration camp: pieces of jewelry such as a golden wristwatch, an amber brooch and a necklace with a Virgin Mary Mother of God pendant. It is presumably the jewelry Wiesława was wearing when the Nazis arrested her during the Warsaw Uprising in 1944.

Since the launching of the ITS #StolenMemory campaign, this was the 200th return of personal items from the possessions of concentration camp inmates to relatives the tracing service has managed to identify. The largest proportion of these so-called effects in the ITS holdings came from the Neuengamme concentration camp.

Wiesława Brzyś had already been deported from Warsaw to Vienna to perform forced labor in 1943, at the age of fifteen. Evidently with help from her father, however, she had managed to return home. During the Warsaw Uprising the following year, the Nazis arrested the whole family. They were initially deported to the Stutthof concentration camp; then Wiesława and her mother were separated from her father and sent to Neuengamme. Her father did not survive the camp. She and her mother were liberated in Bergen-Belsen at the end of the war.

The people who were arrested during the Warsaw Uprising often didn’t have much on them, ITS staff member Malgorzata Przybyla explains: “They usually had little opportunity to pack anything because the Nazis simply pulled them out of their homes and deported them.” The surviving mementoes are therefore all the more valuable for the families, especially when the victims were unable to talk about the ordeals they had suffered.

In a phone conversation, Wanda Jaroszyńska told us that she and her late mother had once meant to visit the Stutthof Memorial during a vacation on the Baltic Sea. At the entrance to the memorial, however, Wiesława had suddenly felt faint. Unable to set a foot inside the grounds, she had sat in front of the entrance crying. Maybe it’s even good that the jewelry didn’t find its way back to the family any sooner, Wanda said. She’s saving the package for Wiesława’s grandson to open when he next comes to visit. He was particularly close to his grandmother and Wanda wants him to decide what is to become of the mementoes.