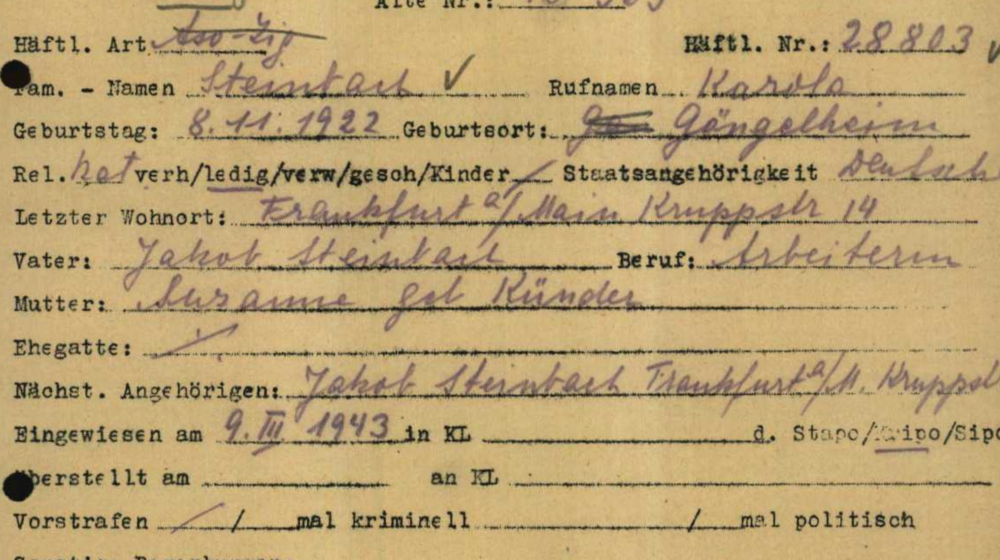 Karoline Steinbach would have turned 100 on November 8. For her granddaughter Jeanette, she is an important role model. The Nazis persecuted Karoline as a “Gypsy,” but she survived imprisonment in a number of concentration camps and lived to be 94 years old.

Thousands of volunteers are participating in the #everynamecounts crowdsourcing initiative and helping us to digitize the 30 million historical documents stored in the Arolsen Archives. The digitized documents are then added to our online archive,  so they can be accessed by people all over the world. #everynamecounts gives people the opportunity to play an active role in remembering the victims of Nazi persecution and in building them a digital memorial.

Jeanette Montebello is one of the volunteers. She has been interested in history since she was a schoolgirl. And her interest deepened when she was a teenager, as her grandmother would often talk to her about her own personal experiences. Jeanette wanted to find out more about her grandmother’s story and turned to the Arolsen Archives for help. This is how she came across #everynamecounts. She was enthusiastic about the idea from the start. 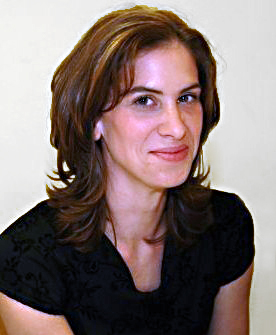 »The personal stories of everyone who lived through this terrible time deserve to be told.«

As well as recording information such as names and locations on the digitized documents, volunteers also discuss the individual fates of victims of persecution on the #everynamecounts platform,  gather information from other archives, and combine it with their own knowledge.

Jeanette came across this discussion forum when she was searching for documents about her grandmother, whose fate was known to her from the many stories she had heard as a child. Beneath a scanned image of Karoline’s prisoner registration card, users had been exchanging information about the various stages of her path of persecution and about some of her relatives. Jeanette was able to confirm the information that had been gathered and tell the story of her grandmother’s life after liberation in a blog post.

A young family in Auschwitz

Karoline Steinbach was born on November 8, 1922, in Gau-Köngernheim in the Rhine-Hesse region of Germany. When she was 20 years old, the Nazis arrested her, her husband Karl., and their baby Karl-Heinz. The child was only a few months old at the time, and she tried to give him to her mother before she was deported, holding a pillow in her arms instead of her son. However, the Nazis noticed what she was doing and forced her to take Karl-Heinz with her to the camp.

The National Socialists deported the young family to the so-called “Gypsy camp” in the Auschwitz-Birkenau concentration and extermination camp. Her husband and son died within a year of their arrival – purportedly of typhus and influenza, according to documents stored in the Arolsen Archives.

Karoline was held in Auschwitz for over a year. In 1944, the Nazis transported her first to Ravensbrück women’s concentration camp and then to Buchenwald. In the end, they made her perform forced labor. She worked for Hugo Schneider AG (HASAG) in Altenburg, one of the largest National Socialist arms manufacturers, until she was liberated.

Karoline was very much a family person

After liberation, Karoline traveled alone to Worms, which was where she had been living before her imprisonment. She could not return to her old apartment because some of her former neighbors now lived there. She also learned that the Nazis had murdered her brother. But her parents and many other relatives who had survived Nazi persecution were still living in Worms, and they took her in.

Karoline married Ludwig Söhner shortly after the war, and the couple had two daughters – one of them was Jeanette’s mother. With her third husband, Friedrich Schott, she went on to have six more children. Karoline’s family continued to grow, and by the time she died, she had 24 grandchildren, twice as many great-grandchildren, and even five great-great-grandchildren. She died shortly before her 95th birthday.

»She loved it when her little apartment was full of her children and grandchildren. That’s what she needed to give her a sense of well-being, because that’s what made her feel happy.«

A life without war or hunger

Jeanette uses these words to describe her grandmother: “She was the best grandma there ever was and one of the most tolerant people I have ever known. She took people as they were, without prejudice. After the war, she promised herself she would never be cold or hungry again. Despite the persecution she had suffered, she managed to lead a happy life until she died. Family was everything to her.”

Sometimes Karoline told her children and grandchildren about what her life was like when she was persecuted. In the 1980s, she even visited the Auschwitz-Birkenau State Museum. The place brought back bad memories for her, and she broke down during the visit.

Remembering her grandmother’s life and the lives of the many other victims of persecution is very important to Jeanette. The hard work she and thousands of other volunteers put into #everynamecounts helps other people find documents about the fate of their loved ones.

Stand up for respect, diversity, and democracy, and take part in #everynamecounts !