“There is a real need for networking and dialog” 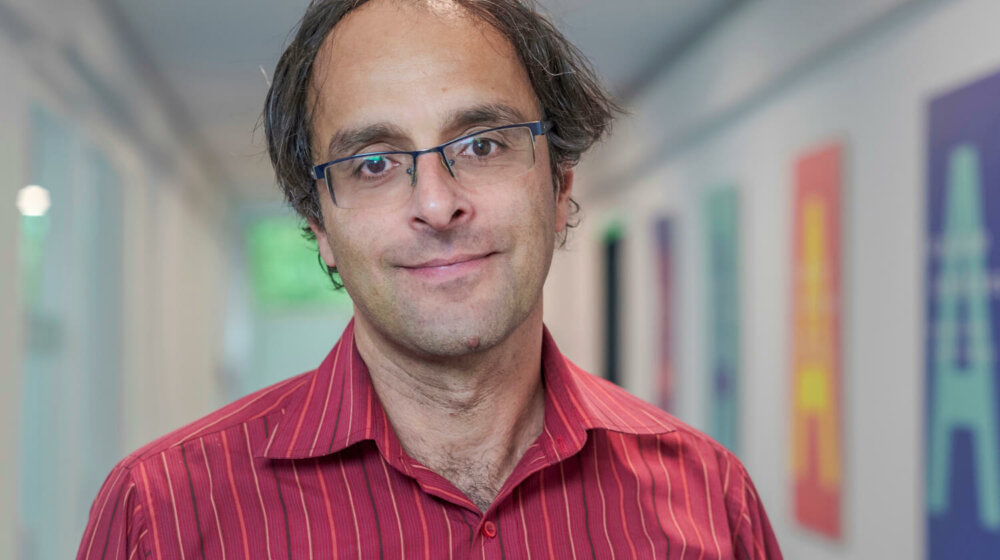 The Arolsen Archives held an online conference on “Deportations in the Nazi Era – Sources and Research” from November 2–4, 2020. The organizers were very pleased with the interesting lectures and the large number of participants. In the following interview, Akim Jah, Research Associate in the Research and Education Department, explains what made the event such a success.

Hello Akim, what led to the decision to organize this conference?

The work we were doing on rescanning and indexing the Berlin transport lists here at the Arolsen Archives gave us the idea of organizing a workshop that would provide an opportunity for dialog between archives and their users. Because which documents are to be found where, and where the original documents are, is not always immediately obvious – even for those of us who work in an archive. In addition, we wanted to combine this source-based approach with a research-based perspective and also to explore some current research questions that are of relevance here and put them into a broader context. Our online conference was the culmination of all these ideas, and it is largely the lectures and the discussions between the researchers who attended that made it such a success. I have taken a lot of new insights away with me.

How would you describe the response to the conference?

The number of people who registered for the conference and the active participation of so many of them far exceeded our expectations! The three-day conference showed that many people from various different disciplines and backgrounds are interested in this topic – some are actually descendants of deportees – and they bring along a lot of interesting new research and new approaches to source materials. There is a real need for networking and dialog. The digital form of the conference, which was actually born out of necessity, made this a little easier. For example, the live chat feature proved very popular as it enabled people to exchange information and advice on the topics covered in the presentations.

What can you tell us about the results of the conference?

For me, two aspects particularly stand out. Firstly, during the course of the conference it became clear that we are still only aware of a small number of photographic sources on deportations, and this prompted us to discuss the idea of launching a project to conduct a systematic search for photos and films of deportations. I am particularly pleased about this, because we originally wanted the conference to give much more prominence to the role of photos and films as sources, but the digital format made this rather difficult. An initial exchange of views about what a project like this could look like is already underway. The second thing I would like to mention is an important question that was raised during the panel discussion on databases: How can we link databases and create synergies? For example, how can we set about making it possible for all the data on a specific transport or a specific date to be brought together in digital form and visualized if appropriate? The participants in the panel discussion agreed to stay in touch and to continue exploring ways in which this might be achieved.

Did the conference provide any other food for thought?

It became apparent that micro-historical studies have enormous potential as far as research into broader questions is concerned. I am thinking here of local research on “Jewish houses”, for example, or of research on individual transports, but also of studies that have been made of the ghettos, which were also the destinations of some transports. Micro-historical studies of this kind can help provide a clearer picture of the way the deportations were organized and of the people who were involved. They can also help identify regional specifics as well as making it possible to explore the interrelationships between them. Even small archives and holdings that have so far largely been ignored in the context of deportations have an enormous amount to offer here. In this connection, I think it worth mentioning that the Arolsen Archives help micro-archives to digitize relevant collections with the aim of making their holdings more easily accessible to researchers. Despite the many promising research projects that were presented during the conference, the gaps that still remain to be filled made themselves felt time and again. The history of the deportation of the Sinti and Roma is a case in point. It is still under-researched and receives hardly any public attention.

What do you think is the significance of this research for society as a whole?

I think it is absolutely essential for a democratic culture of remembrance that the results of this kind of research are communicated to the general public beyond the confines of the academic community. I’m talking about how the deportations were organized, the fact that so many different institutions were involved, the mass murder of the deportees, and the way this history was suppressed after 1945. This kind of knowledge is not just for experts; it belongs in the public domain because it concerns each and every one of us – and this is especially important because antisemitism and antiziganism continue to exist today. People are still experiencing exclusion, discrimination, and ascription, even physical assault. Providing access to historical documents in databases and contextualizing these documents also has a role to play in communicating this kind of knowledge, by the way, as does working with these documents in the context of historical education using a research-based approach. One of the current focuses of our own work in the field of historical education is how to use the online archive of the Arolsen Archives in combination with teaching materials developed on the basis of methodological and didactical principles, for example.

Thank you for sharing your thoughts with us, Akim.