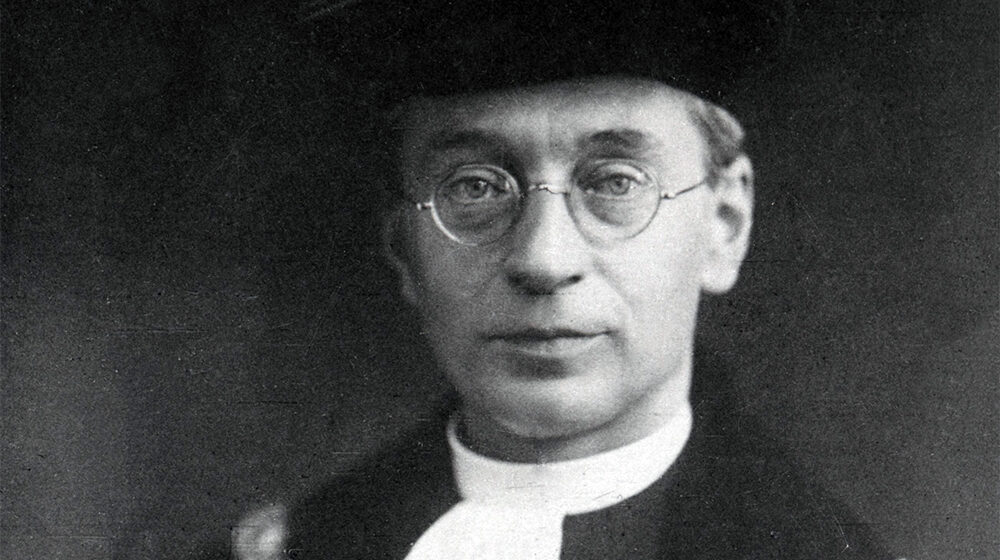 A Dutch journalist and advisor to more than 30 Catholic newspapers, he used his influence to oppose the Nazi regime – and ultimately paid for it with his life: Titus Brandsma, a Roman Catholic theologian and friar, is venerated as a martyr in the Catholic Church today.

As well as criticizing the Nazi regime as “inhuman” in his lectures as a university professor, he also fought against the dissemination of Nazi propaganda in the newspapers he was connected with. It was important to him that readers should never have reason to doubt the clear position of the church. In support of this goal, he wrote critical articles in newspapers, spoke at conferences, and gave lectures against National Socialism. He even expelled a German professor from his university who turned out to be a Nazi.

After the occupation of the Netherlands, “his” Roman Catholic Journalists’ Association was banned, the freedom of the press ended. Instead, only press releases and reports that came from “official sources” were allowed to be published. However, Titus Brandsma continued his fight to maintain the freedom of the Catholic press.

To our special "Journalists in danger"

»The Nazi movement is a black lie.«

This is why he came to the attention of the Gestapo, who gave the following official reason for his arrest: “Arrested for attempting to coordinate collective resistance of the Catholic press to the reorganization of the press as a whole.”

After solitary confinement in Scheveningen and deportation to the Amersfoort transit camp, he was taken to Dachau concentration camp on June 19, 1942. Physically weakened from hard work, hunger, and abuse, he had to go to the sick bay only about a month after his arrival. He is said to have given away his last tobacco on his way there.

A camp doctor is said to have performed medical experiments on him before he died, presumably by lethal injection, at 1:50 p.m. on July 26, 1942. The death certificate records the official cause of death as follows: “Failure of the heart and circulatory system due to intestinal catarrh.”

On the day he died, which was a Sunday, a letter of protest expressing the bishops’ condemnation of the deportation of their Jewish fellow citizens was read out in all the churches in the Netherlands. Three days later, Titus Brandsma’s body was burned in the crematorium at Dachau concentration camp. His ashes were buried in a mass grave on the grounds of the crematorium.

Following his death, Titus Brandsma was already venerated as a saint in his home country even before the end of the war. He was beatified by Pope John Paul II in November 1985.