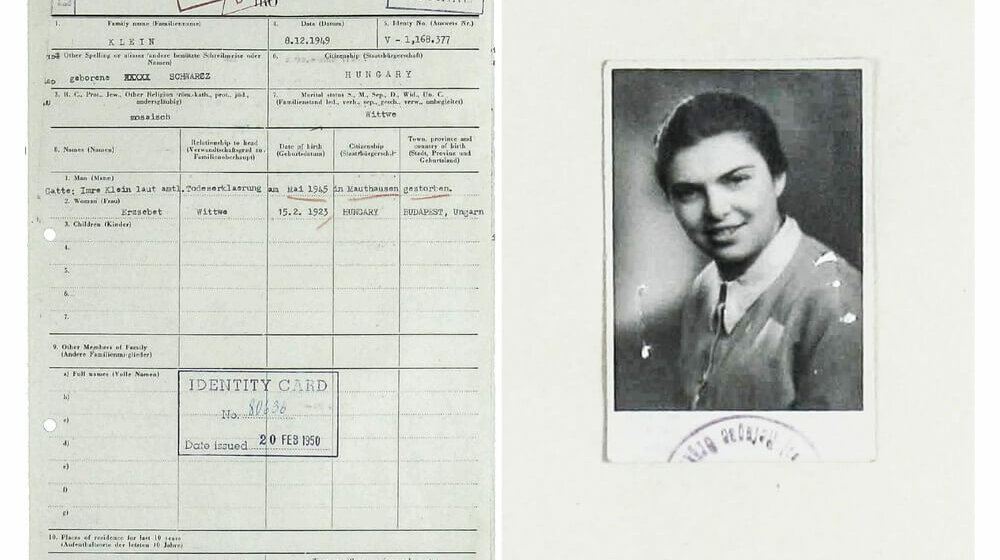 Bad Arolsen, November 8, 2018: The online archive of the International Tracing Service (ITS) continues to grow. With the 900,000 post-war records published today, more than two million documents are now available online. The portal is equipped with a name search function.

The newly added documents contain approximately 405,000 names of Holocaust survivors, former concentration camp inmates and forced labourers who were in the care of the International Refugee Organization (IRO) in Austria, Italy, Switzerland and England after World War II. The ITS already published the files from the German DP camps in June. As a result, it is now possible to search online for nearly one million names of Displaced Persons registered and surveyed in DP camps within the framework of the Care and Maintenance Program. The survey, carried out with the aid of questionnaires, was the IRO’s way of finding out whether it could help these persons, and if so how. Millions of persons had been uprooted and deported by the Nazis and their allies. Others had fled the Soviet sphere of influence after the war for political reasons. Many were unable and/or unwilling to return to their countries of origin. The IRO came to the aid of these people, who were referred to as Displaced Persons.

Individual Persecution Stories Are What Make the Documents so Valuable

The questionnaires filled out by the DPs are among the most personal documents on file at the ITS. One example is the questionnaire of the Hungarian Jew Erzsebet Klein, which tells a tale of twofold persecution: Shortly after their wedding in 1944, Erzsebet’s husband Imre Klein was arrested by the Nazis. He was sent to the Mauthausen concentration camp, where he died in May 1945. Erzsebet managed to go underground in Budapest, where she stayed on after the war and worked as a salesclerk. She made derogatory remarks about the Communists, and the authorities were after her. Friends warned her of her imminent arrest and she tried to flee to Austria. She was seized in Slovakia, however, and committed to a camp for dissidents. Having succeeded in escaping from the camp, she finally reached Vienna in October 1949 and applied for assistance from the IRO. Hers is only one of the many very different fates documented by the IRO questionnaires.

Among the aims of the ITS is to make its internationally unique collection of records documenting the Nazi crimes and their consequences accessible to the public online. Relatives of the victims can look for traces in an ever-growing number of documents. What is more, the online publication also provides scholars new means of carrying out their research. The ITS will continue to expand its digital offers pertaining to Nazi persecution. It is currently preparing six million documents from concentration camps and ghettoes for publication online.