University of Strasbourg investigates history of medicine during Nazi era 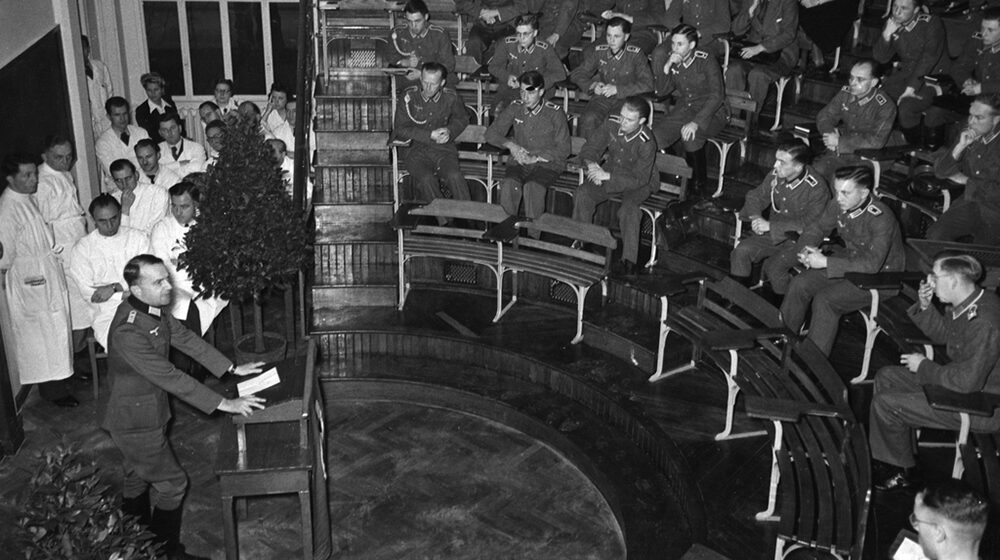 Human experiments, forced sterilizations, the mass murder of people who were sick or disabled – during the Nazi era, teaching and research at the medical faculties of German universities were strongly influenced by Nazi “racial hygiene” and health ideology. An independent Historical Commission convened by the President of the University of Strasbourg has now carried out an investigation into the history of the medical faculty of the “Reichsuniversität Straßburg” (Reich University of Strasbourg) from 1941–1944. Documents stored at the Arolsen Archives bear witness to the fates of some of the concentration camp prisoners who were subjected to criminal human experiments there.

On July 15, 1943, an SS doctor at Auschwitz concentration camp examines Jeanette Passmann and 85 other Jewish prisoners in order to ascertain their state of health. What the prisoners did not know at the time – and probably never found out – was that two anthropologists who had visited Auschwitz at the behest of SS doctor and Strasbourg professor of anatomy August Hirt had previously selected them for a barbaric project: Hirt was planning an exhibition of skeletons exemplifying “the Jewish race.”

At 67, Jeanette was the oldest of the women who were to be murdered and dissected for the exhibition and serve as “examples of the Jewish race.” She was born in Gelsenkirchen, Germany, in 1876 and moved to the Netherlands with her husband in the early 1930s. She was arrested there in April 1943, deported to Auschwitz, and selected for the Strasbourg exhibition shortly afterwards along with 28 other women and 57 men. The SS transported the 86 prisoners to the Natzweiler concentration camp near Strasbourg in early August 1943 and murdered them in the camp’s gas chamber.

Investigation was long in coming

August Hirt never finished preparing his exhibition, but shortly after Strasbourg was liberated, the Allies found the human remains of the murdered prisoners in the university buildings. They were buried in the Jewish cemetery in Strasbourg. Knowledge of this terrible crime dates back to that period. In the post-war period, rumors also circulated about the medical faculty’s involvement with the Natzweiler concentration camp – and about the existence of human specimens derived from the experiments conducted on human beings in the Nazi era. Nevertheless, the University of Strasbourg was uninterested in investigating this chapter of its history for many years and drew a sharp distinction between the university before and after the Nazi occupation and the time when it was known as the “Reichsuniversität Straßburg.”

The turning point came in 2015 when a historian made a sensational find. He discovered human specimens in the university’s forensic medicine collection. They belonged to one of the prisoners who had been murdered in 1943 for August Hirt’s exhibition: Menachem Taffel was a Jew from Poland whom the Nazis deported from Berlin in 1943. He was the first victim of this crime to be identified (thanks to the prisoner number tattooed on his skin). His name is also included on a Deportation list from Berlin to Auschwitz concentration camp which is kept at the Arolsen Archives.

After this incident, the President of the University of Strasbourg set up an international and independent Historical Commission consisting of 13 scholars to conduct a thorough investigation into the history of the medical faculty of the “Reichsuniversität Strasbourg” from 1941 to 1944. The university’s primary aim was to clarify whether the medical collections of the faculty of medicine still contained human specimens obtained from the Nazis’ victims. This summer, the Commission issued a 500-page report that shed much light on the medical faculty’s murky past.

Among other things, the Commission found new evidence on about 130 people who were experimented on without their consent. However, the historians’ primary focus was on investigating the relationship between the medical faculty of the “Reichsuniversität Straßburg” and the Natzweiler concentration camp. They found evidence of close collaboration between the two institutions. The members of the Commission have also produced an exhibition on this topic, now on display at the Natzweiler Concentration Camp Memorial (The European Centre of Deported Resistance Members).

The Commission also identified all 40 victims of a series of experiments with phosgene (a poison gas used as a chemical weapon in World War I) that were conducted at the Natzweiler concentration camp – and they were able to prove that a total of eight prisoners died as a result. Individual prisoner records from the Arolsen Archives were an important source of information in this research. The scientists also found out which prisoners from the Natzweiler concentration camp can be proved to have been forced to participate in mustard gas experiments. Another new finding is that doctors from the Reichsuniversität subjected more than 250 Russian prisoners of war from a Strasbourg military hospital to medical experiments. In addition, a PhD student is currently researching the history of the psychiatric clinic and its victims during the Nazi era.

Report of the Historical Commission (French)

Work is currently underway on a website that presents the biographies of the victims, the perpetrators, and other people connected with the medical faculty and the Strasbourg “Bürgerspital” (Civil Hospital). The Commission’s historians carried out some of their research for the content of this website at the Arolsen Archives.

The historians in the Commission also found out that many locals continued to work in the medical faculty during the war. This shows that the Nazi occupation and the founding of the “Reichsuniversität” did not constitute a complete break with what had gone before as was long assumed. Florian Schmaltz (Max Planck Institute for the History of Science, Berlin), who chaired the Historical Commission together with Paul Weindling (Oxford Brookes University), is convinced that these findings have done much to bring about a change in thinking: 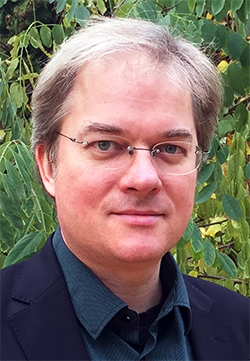 »The University of Strasbourg wants to establish a memorial to the victims on campus and to remember the history of the “Reichsuniversität Straßburg” as part of its own history.«

Florian Schmaltz, Max Planck Institute for the History of Science