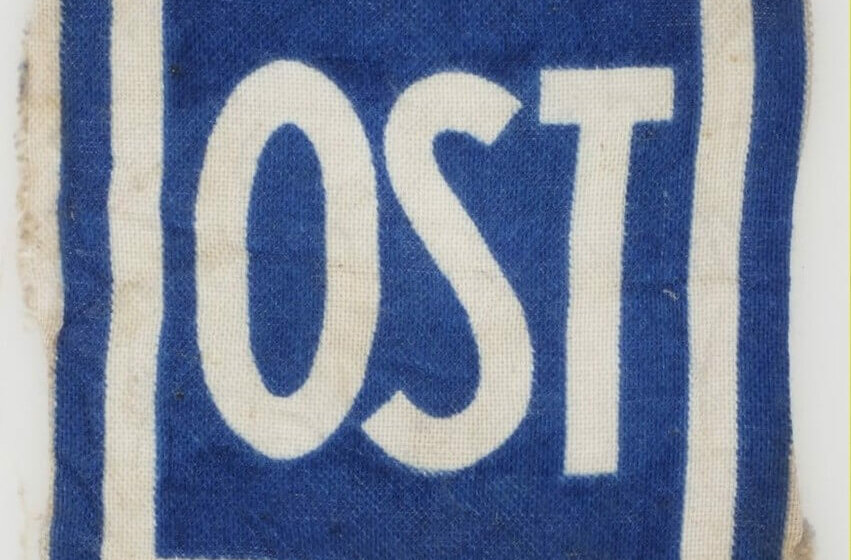 A circular of January 20, 1944 sent out by the Nazi party’s “Central Office of People’s Welfare” provides an inkling of the inconceivable suffering to which the National Socialists subjected women forced laborers and their children. The subject: the treatment of pregnant foreign women workers and their children.

The Nazi view of women was both sexist and racist: women were viewed first and foremost as (potential) mothers. Depending on whether the Nazis classified a woman as “racially valuable” or not, her pregnancy was encouraged or prevented, for example by means of forced sterilization.

The ideal German woman devoted herself to her large “Aryan” family. She was prohibited from aborting under threat of punishment. In the case of the so-called “Eastern women workers,” on the other hand, pregnancy was unwelcome. For one thing, pregnant workers were less productive. For another, their children were considered “racially inferior” and a threat to the “German nationhood.” Some one quarter of all pregnant Eastern European workers accordingly underwent forced abortion.

If a forced laborer carried her child full term, she lost it anyway: the “Central Race and Settlement Office” decided whether “the child of the foreign female worker was to be regarded as desirable and of good race.” In the latter case, the worker could be prohibited from aborting even if she wanted to. Her child was taken from her and turned over to the “National Socialist people’s welfare” to be “Germanized” and raised as a German in a German family.

Children considered “racially inferior” were transferred to “childcare facilities for foreign women workers.” In many of these institutions, the mortality rate was 90 percent. Tens of thousands of children died in agony from starvation.

Here you can find the document described in the text: Circular of the “Hauptamt für Volkswohlfahrt” of the NSDAP, 20 January 1944/4.1.0/82447586/ITS Digital Archive, Bad Arolsen