War in Ukraine: Trauma and re-traumatization 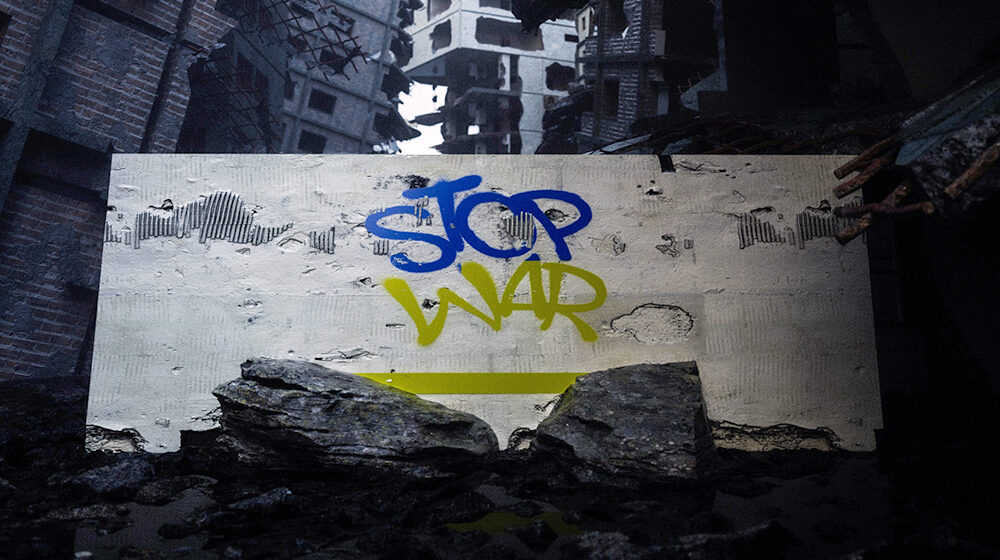 The war in Ukraine is a threat to many people and can re-awaken memories of earlier experiences of violence and war. Even outside the war zone, people are currently struggling with traumas that are now resurfacing. In this interview, social scientist and biographical researcher Iris Wachsmuth talks about how trauma can manifest itself and how we can deal with it.

What types of war-related trauma might people find themselves affected by?

People in Ukraine are currently being traumatized by extreme violence, destruction, persecution, the murder of family members, and the loss of their home country and their culture. Trauma can manifest itself in various forms, such as anxiety disorders, high blood pressure, sweating, or depression – and nightmares too. A large number of victims of Nazi persecution still live in Ukraine; their homes are spread across the country. During World War II, the German occupiers murdered thousands and thousands of people there because they were Jews or Roma. This trauma has been passed on to their descendants. Many mass killings that were carried out in Ukraine during the Nazi era have only recently been dealt with at an emotional level – and another war of aggression has now come on top of all of that went before. Open wounds are the result.

Can you give us a brief explanation of what intergenerational trauma really is?

Some of the people who survived Nazi persecution have spoken a lot about their experiences. Their children and grandchildren sometimes say that they almost feel as if they grew up in a concentration camp themselves, for example. Others don’t talk about their experiences at all or are only able to do so when they reach an advanced age. Only then does something trigger them, the tears begin to fall, and they start talking about what happened to them.

But even if people have never spoken about their experiences, unconscious emotional legacies are still there. We also know that trauma can cause epigenetic changes. The children and grandchildren of people who have been traumatized have feelings that may not come from them alone. These feelings have their origin in family history and have been inherited from parents or grandparents. 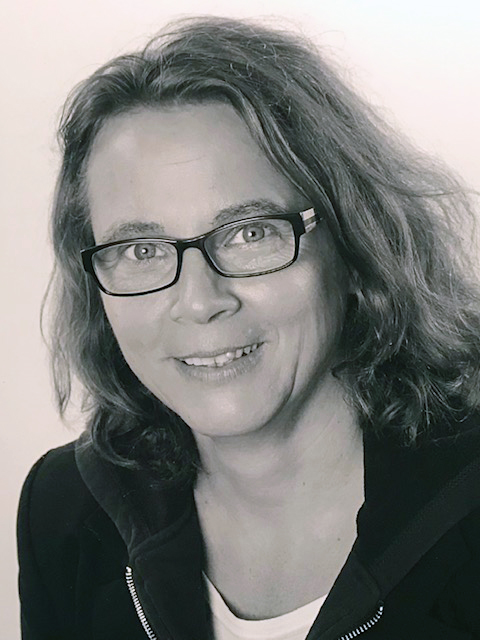 »But even if people have never spoken about their experiences, unconscious emotional legacies are still there.«

We have heard reports about survivors of Nazi persecution and their relatives in Ukraine who are experiencing a sense of paralysis and are in denial about the war. Is this one of the ways trauma can show itself?

Yes, in the first place, repression is a survival mechanism. The mechanisms of repression and forgetting help people to keep on living when very, very bad things have been done to them. They can dissociate from the experience in a positive sense. People who suffer from post-traumatic stress disorder and experience acute stress because their life is in danger may try to protect themselves from this current war of aggression through de-realization.

What impact will the war traumas that Ukrainian children are now suffering have on their future lives? And how can we help them?

The knowledge that so many people are now being traumatized, injured, or even killed is almost unbearable. For traumatized children who are now being taken in by other countries, it is important for them to feel safe there. They need to be able to say: this is a safe place, this is my room, I can sleep safely, and I am protected here – their basic needs have to be met. Speedy integration in kindergartens and schools and contact with peers is very important for a stable sense of self. These children need to be given opportunities to come to terms with what they have experienced. One way of doing this is by painting or drawing, ideally in a protected space with support from therapists. Childcare workers and teachers must be able to recognize whether a child is traumatized. They need to have methods and techniques at their fingertips for working with these children, they may even have to suggest further professional help. The children must be given the opportunity to process their experiences and their feelings.

Traumas from the Second World War are triggered

What are your observations? Are people in Germany now struggling with traumatization from World War II too?

Traumatization can certainly be triggered by the images and by the reality of this war of aggression. This affects a great many people, not only survivors of Nazi persecution and their descendants, but also people who supported the Nazi system. However, there is also a German discourse of victimhood that tends to ignore the fact that the majority society of fellow travelers and perpetrators shared responsibility for National Socialism and the Holocaust.

In Germany, the term “war children” is used to describe those who experienced the nocturnal bombing raids as infants. Is this type of trauma resurfacing now too?

That generation were very much at the mercy of war and violence back then. They cannot be held guilty in any way, of course. And they grew up at a time when therapy was not an option. Much stigma was attached to mental health problems, and there was no infrastructure for dealing with them. We are talking about what came to be known as the “fatherless society.” Those fathers who did come back from the war were often emotionally absent or extremely brutal. Similarly, mothers were often unable to respond to the emotional needs of their children due to their own experiences of war, flight, or mass rape. This could destroy any secure bond with their children. Another aspect worthy of attention is the Nazi ideology for rearing children formulated by Johanna Haarer. Millions of Germans brought up their children on the basis of her parenting principles. This authoritarian parenting style effectively banished any affectionate, loving, needs-oriented bond between parents and children. This has dramatic consequences for small children and for the whole of society.

What can people do now if they are unable to cope with traumas that are surfacing?

I think it’s very important to seek out other people to talk to so you can discuss your own fears with others. It’s difficult to be left alone with this kind of thing. Comparison is important – seeing yourself in relation to others. Talking helps, talking heals, and any attempt to come to terms with the past can initiate positive psychological processes. Some people deal with this type of thing on their own, of course, it depends what type of person you are. You can also work at the level of collective family memory and talk with relatives about the past. Human beings are resilient and have a wealth of resources, and the idea is find a way to activate them.

My grandfather’s trauma still has an effect today

In her podcast “The Anachronist,” journalist Nora Hespers told the story of her grandfather, who fought the Nazi regime as a member of the resistance. Her book “Mein Opa, sein Widerstand gegen die Nazis und ich” (My Grandpa, his resistance against the Nazis and I) was published in 2021. In this publication, one of the questions she explores is how far her grandpa’s suffering still has an effect to this day; she also considers the impact his experiences have had on her. We have spoken with Nora Hespers about intergenerational trauma against the backdrop of the war in Ukraine, and we summarize her thoughts on the subject here.

The trauma that my father and my grandfather experienced through persecution and war resonates with me. It affects me in my everyday life and in my perception of the world. My father tried to cope with his trauma by displaying extreme behavior. He was unshakeable, unassailable and did not accept any criticism. That is how he held his ground. He ate food that had gone moldy, and he was incapable of throwing anything away. He used to keep all the things that were most important to him with him at all times. His car was crammed with stuff that he felt was essential for his survival, and that could include anything from toiletries to cooking utensils.

I am very shaken by this new war – just as I have been by all recent conflicts. The collapse in Afghanistan, for instance, has also been an emotional shock for me. Having tried to come to terms with my grandfather’s story, I feel I can understand better what people go through and feel in situations like that.

The war in Ukraine makes me think of fleeing

The war in Ukraine might even affect us directly if there is an attack on a nuclear power station there, for example. Scenarios like that make me want to be prepared in case I have to leave Germany. These thoughts have never been completely alien to me – in threatening situations, I tend to think about where I might flee to and what things I would have to take with me. I have no idea whether this is an intergenerational trauma or whether other people are affected in the same way considering the acuteness of the current threat. But I imagine that families who have experienced war are more aware of the need to take precautions.

Equal treatment for all refugees

It is, by the way, very important to me not to differentiate between refugees from Ukraine and refugees from Syria or African countries or the Balkan War. When people have to flee, the question is not where they come from or which religion they belong to. A humanitarian emergency can affect anyone, the same help is needed for everyone. If no one had been there to help my family when the Nazis invaded the Netherlands, I would not be here today.

This situation brings home the clear message that there is no common European culture of remembrance relating to National Socialism. Everyone tells the stories that give the best impression of their country or their countrymen. That holds good for us as well. We tell the stories of resistance, but we overlook the stories of the perpetrators. We talk about the war, but not about the persecution. Many countries that fought against Germany have neither reappraised their history in any way nor – and this is an even greater omission – have they entered into any international dialogue.

Owing to his experience, my grandfather probably would have recognized the threat that Russia poses much earlier. He would have recommended resistance earlier on. My father certainly would have taken a more radical stance and would have come to the decision that Putin should simply be killed. I have grown up in a democracy, which is why I opt for a democratic and diplomatic, non-violent solution. All things considered, I have the impression that the younger generation responds differently to this situation of conflict than the older generation. We have different narratives running in parallel right now; some people glorify war or resistance heroes while young people tend to focus on the peace process.