"We always asked ourselves what had become of him" 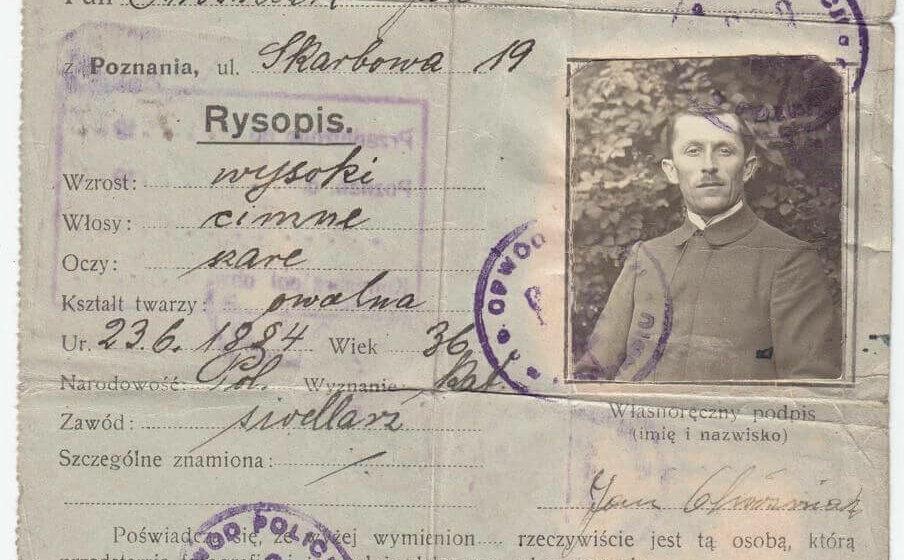 “That’s my father!” Łucja Buczek, aged 94, looks at a passport photo on an old ID. The SS deported Jan Chrósniak when she was 20 years old, she never saw her father again. He died in 1945 at the Neuengamme concentration camp. His relatives only found out for certain what had happened to him when some of his personal belongings were returned to them.

A group of volunteers from Gostyń, who had already assisted the Arolsen Archives with successful research in Poland on previous occasions, joined in the search for possible descendants of Jan Chrósniak. It was very moving for family members and helpers alike when his belongings were returned in February 2019. A total of 91 mementos gave the family some information about Jan Chrósniak’s final years. As well as a wallet and some identification papers, the Arolsen Archives also had numerous documents relating to his work during the war as a saddler with his own workshop in Kleszczynka in the Mogilno district.

“We always asked ourselves what had become of him,” the family said. Łucja Buczek is the only one of Jan Chrósniak’s children still alive today. Seventy-four years after she last saw him, she can now hold the personal things her father had with him when he was arrested in her very own hands. “We managed to find her before it was too late,” the helpers said as they described this special moment. “We were very moved too, it was a highly emotional meeting.”