„We can almost feel what they must have gone through.“ 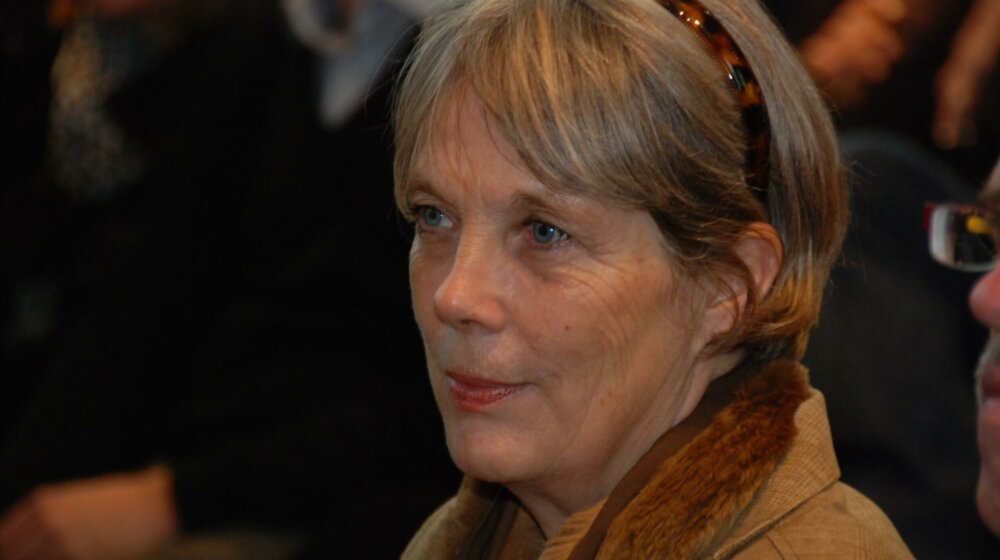 Volunteers like her make #everynamecounts all the more special: Carla Berkhout from Holland doesn’t just help us by indexing documents on Zooniverse, whenever possible she also adds biographical information about Nazi victims. We talked to her about what motivates her to devote so much time and effort to the project.

Hello Carla, when did you first get involved with #everynamecounts?

I joined #everynamecounts in June 2020 after reading an article in the International New York Times. After decades of intensive reading about WW II, its prelude and aftermath and the Shoah, I finally stumbled on a project that would give me the opportunity to do something active for the victims of this terrible episode in our history.

You’re one of our most active volunteers on Zooniverse. You often add biographical information, and you have a lot of good tips for other researchers. Can you tell us something about your background?

It all started off with a crushed signet ring in a little brown envelope that, as a kid, I found hidden away behind the books at my parents’ home. There was an eight-page-long, typed letter with it, written by my father to his parents in law. In this really magnificently well-written letter, my father describes how he lost his first wife – their daughter -–during the bombing raid on a residential area in The Hague (Holland) by the Royal Air Force on March 3rd, 1945. It was a Saturday. My father and his newly-wed wife fled their apartment and took cover at different places in a street nearby. She was killed almost immediately. The only trace they found of her later on was this crushed signet ring. My father was wounded, but survived. My young widowed father remarried after the war and had six children, I am one of them.

During the occupation, my mother fought off German soldiers who tried to force her into a truck. She didn’t give in, even though they were pointing a gun at her. And my siblings and I all became passionately interested in WW II, though I have to admit I am the worst case of them all with my WW II obsession that my inner circle even characterizes as “morbid and fanatic”.

You’re involved in quite a few initiatives. What’s special about #everynamecounts?

While I was searching for sources when I first started working on the project, I soon realized that the information provided by many memorial initiatives and websites is incomplete. I can mention the Joods Monument in Amsterdam, the Kazerne Dossin in Belgium, and the Mémorial de la Shoah in Paris as examples here. All of them have information on Jewish citizens who were deported from these countries during World War II.

I now work very closely with the staff of the memorial sites. We collaborate in a very intense way now. They help me if I’m unable to find victims because of terribly misspelled names, and I help them to repair omissions or mistakes or provide additional information on the victims, based on the documents I’m processing for the #everynamecounts-project. This is a very time-consuming but rewarding exercise. The Joods Monument even asked me to collaborate on a project concerning Dutch Jews who were deported from Belgium. I’m really grateful and honored by the confidence they put in me!

What makes you think that projects like #everynamecounts are particularly important today?

Democracies are very fragile, as we have seen lately in many countries like Hungary, Poland, and even the USA. Hitler only needed a couple of weeks to dismantle the democratic values and institutions of the fragile Weimar Republic. The consequences didn’t only have a terrible impact on the citizens of the occupied countries, but also on the Germans themselves, in an unavoidable boomerang effect. The #everynamecounts-project makes us conscious of the risks of intolerance, war, and persecution in a very direct way. The victims become tangible through the sheets and cards. We can almost feel what they must have gone through. It is a warning to all of us not to fall into this trap again.

Have you found anything surprising about the documents?

The #everynamecounts-project also has an educational aspect. Some volunteers have enormous expertise in the field concerned and share their knowledge most generously with those who only know the basic facts about the camps. I learned for example that only in Auschwitz concentration camp were victims tattooed. I also found out that they raised Angora rabbits in Dachau, that keeping your hair was considered a privilege, and that when a victim committed suicide by thrusting himself into the electrified barbed wire that surrounded the camps, this was called “in den Draht gehen” by the Germans, and a sinister gallows would be drawn on their card. This “in den Draht gehen” sounds so rude and heartless to my ears. But real surprises? Maybe the fact that there were so many small satellite camps I had never heard of.

How do you volunteers on Zooniverse get along, what’s the atmosphere like?

The atmosphere is generally good and volunteers treat each other with respect. Personally speaking, it’s important to me that people cite their sources. We need to remember that providing reliable information about sources is important for two reasons: Firstly, it means that other volunteers and academics can verify the information and correct it if necessary. And secondly, it takes the wind out of the sails of Holocaust deniers.

I love to collaborate with other volunteers to solve particularly hard or even cold cases. It has happened a couple of times that a German volunteer and I worked together to solve some cross-border cases of German Jews who had fled to Holland or to France. For me, this is the most rewarding part of the ENC-project: the interaction with the other participants. It’s also good to know that if you inadvertently make a mistake, there will be almost immediately some other volunteer to correct you. I love that aspect too.

Can you tell us about a document that you found particularly moving?

Let me say this first of all: every single document moves me. For every one of them I do my utmost best to find out more, I try to give the people a face, elucidate the fate of their direct relatives, and give them back their dignity. Now, that being said, there is actually a document that for me epitomizes the persecution in all its horror – a document about the Zajderman family.

Just a normal Jewish couple with four children living in the Marais, the Jewish quarter of Paris. On the picture of the family, taken not long before their deportation, we see them wearing the star of David, except for the two youngest children. The father seems tense… They were all deported to Auschwitz. Only the father survived. He came back to France to discover that his wife and four kids had perished. How must he have felt? How did he pick himself up again? How did he manage to live with this loss?

We’re planning a series of short biographies researched by our volunteers. What do you think of the idea?

I think this is an excellent idea. The Nazis wanted to annihilate their victims, to make them disappear in Nacht und Nebel, to die anonymously. With these biographies, we will not let this happen!

Is there anything you would like us to do?

Please try to give more publicity to the ENC project in the countries of Eastern Europe (Hungary, Russia, Poland, etc.). We have some very smart native volunteers from this region, but they are under represented compared to the huge number of victims that originated from these countries.

Thank you for your time and for this talk, Carla!