What can we do to combat antisemitism? 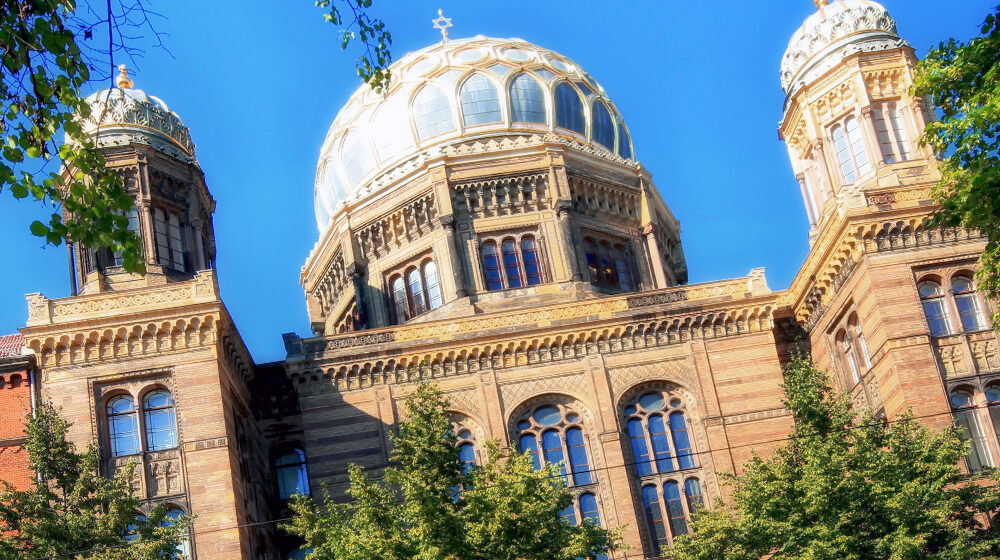 Hostility toward Jews is part of everyday life in many places throughout Germany. This view is shared by many observers as well as by people who have experienced antisemitism themselves. Sigmount Königsberg is the antisemitism commissioner for Berlin’s Jewish Community. The 61-year-old gives advice to members of the capital’s Jewish community on how to deal with antisemitic incidents.

In this interview, Sigmount Königsberg discusses what people who have had personal experience of antisemitism would like to see, what form of solidarity he expects from non-Jewish people, and what the first step is that people have to take before they can begin to change their thinking and reject antisemitic views.

How do members of your community experience antisemitism?

Antisemitic remarks are often made in everyday situations – at school, for example. Unfortunately, the problem is now widespread, and many Jewish children no longer feel safe in state schools. This is particularly painful because the victims are children. But you can find antisemitism all over the place. Politics can pop up all over the place – in professional contexts and in private contexts.

Can you give us an example?

Yes, of course. Just recently, a Jewish person who was being called vile antisemitic and misogynistic names in Russian approached me for advice. She had made some critical remarks about the Russian government previously. Antisemitic abuse was the response. This is a relatively recent form of Jew-hatred in the context of Russia’s war of aggression against Ukraine.

What do people who have experienced antisemitism want when they come to you?

They want support! It can take many different forms. In the case I’ve just described, I informed the victim about what legal options were available to her, and I provided support when she reported the incident to the police and during the legal proceedings that followed. With antisemitic incidents at schools, we try to find solutions that enable Jewish children and young people to receive adequate protection and stay at the school. Often, the only way to achieve this is to reach an agreement with all the parties involved that disciplinary action will be taken in response to antisemitic incidents in future. That sometimes works, but sometimes it can go wrong. When that happens, it’s important for everyone to pull together.

To the Jewish Community of Berlin 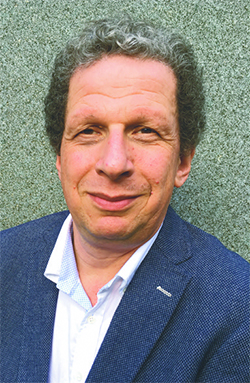 »The victims are often left without support. They are the ones who end up having to fight for change. And if that doesn’t work, they have to find another school for their children to go to afterwards, for example.«

What needs to be done to in response to antisemitic incidents, and how can we make sure the necessary changes are made?

People need to be ready to recognize antisemitism for what it is. There’s a tendency for people to deny that antisemitism is involved in specific situations. One example of this is Israel-related antisemitism. We often see freedom of expression being cited in defense of antisemitic statements in this connection. And unfortunately, many people just find it easier to look the other way and ignore it. The victims are often left without support. They are the ones who end up having to fight for change. And if that doesn’t work, they have to find another school for their children to go to afterwards, for example.

To what extent does it affect Jewish people in Germany when people make antisemitic remarks about Israel?

I don’t think I know a single Jew who has never been held personally responsible for Israel’s actions. One of the standard questions people ask Jews at parties is this: “What’s your government doing down there?” At the same time, people voice opinions about Israel that contain age-old antisemitic stereotypes. That conveys two messages: German Jews aren’t really Germans at all, they’re actually Israelis. And they must answer for any alleged or actual wrongdoing on the part of the Israeli government. That excludes Jews from the majority society by way of definition.

How does this type of Israel-related antisemitism manifest itself?

Age-old antisemitic imagery is projected onto the Jewish state, ranging from the accusation of infanticide from the Middle Ages to the idea that Jews poison wells and the claim that Israel controls the media. These ideas are over a thousand years old. With only slight modifications, they are now being projected onto Israel. And there’s another thing I’m very concerned about: In some circles, the Shoah is now seen as one of a whole host of colonial crimes; this view relativizes Nazi crimes against the Jews.

What is it that concerns you when both colonialism and Nazism become the focus of debate?

At a basic level, nothing at all. However, it’s important not to erase the differences between them. Colonialism’s principle goal was to exploit oppressed peoples, and it did not shy away from genocide to achieve these economic goals. However, the National Socialists set out to achieve the complete annihilation of the Jewish people right from the start. They poured considerable resources into achieving this end, even some that were vital to the war effort, like the capacities of the Reichsbahn. As far as the Nazis were concerned, it was almost incidental that Jews were also used for forced labor, that they were systematically exploited and robbed, and that their property was plundered. National Socialist ideology centered on eliminationist antisemitism.

What is Israel-related antisemitism?

What advice would you give to non-Jewish people on how to behave in everyday situations when they witness antisemitism?

I don’t expect anyone to put themselves in danger. But bystanders can use their mobile phones to document what’s happening, for example. The video can then be passed on to the police, to us, or to the Department for Research and Information on Antisemitism (RIAS) for further processing. If antisemitic remarks are made during breaks or at parties, people need to object. Unfortunately, this doesn’t usually happen, and if it does, the people who object are usually Jews or people closely associated with them. We still have a long way to go.

What should people who have indulged in antisemitic behavior do?

The most important thing is to reflect honestly on your own behavior. Questioning your own position is a big step and an important one. Jews are often expected to provide assistance. But we can’t really help, it has to come from the people themselves. If they take this first step in a spirit of honesty, the next steps often come quite naturally.

(Source: Department for Research and Information on Antisemitism Berlin)

1.052 incidents were recorded by RIAS in 2021.
24 of them involved people being physically attacked.
35,6 % of the incidents were categorized by RIAS as “Israel-related antisemitism.”
Support us