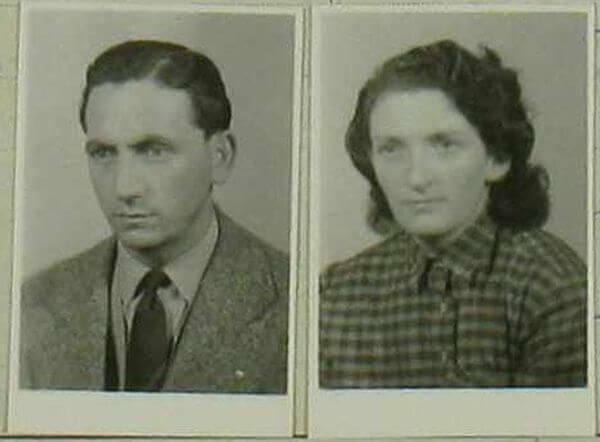 After years of persecution and the murder of his entire family, Marko Feingold could not imagine a life in Austria. This is apparent from his files in the Arolsen Archives. But things turned out differently. He spent the rest of his life in Salzburg and was Austria’s oldest Holocaust survivor before passing away in September 2019 at the age of 106.

Marko Feingold was born on May 28, 1913, in Neusohl, in what is now Slovakia but was part of Austria-Hungary at the time. He and his three siblings grew up in Vienna. In 1938, the Gestapo arrested him there. He fled to Prague, was expelled to Poland, and then returned to Prague with forged papers. In 1939 he was arrested again and finally deported to Auschwitz. He was transferred via Neuengamme and Dachau to Buchenwald in 1941, where he was imprisoned until the liberation. Marko Feingold was the only member of his family to survive the Nazi dictatorship.

Many of the documents about Marko Feingold in the Arolsen Archives reveal that, after being liberated, he did not actually want to stay in Europe – as can be seen in his “Concentration Camp Inmates Questionnaire,” which all survivors had to fill out while they were still in the camp. Based on this questionnaire, a military committee would decide whether the liberated prisoners should be officially released or (if they were suspected of war crimes or involvement with the Nazis) remain in custody. Marko Feingold was officially released from Buchenwald on April 24, 1945. In response to the last question on the form – “If released from detention, where do you intend to go?” – he answered: “Vienna, then overseas.”

A coincidence takes him to Salzburg

Marko Feingold wound up in Salzburg somewhat by chance: he was unable to travel to Vienna on account of the Soviet occupation. In a letter to the International Refugee Organization (IRO) from January 1951, he recounted his return to Austria:

»The Austrian prisoners were sent to Vienna escorted by American officers. After the Russians prevented us from traveling on at the demarcation line, our American escorts took us to Salzburg.«

Between 1945 and 1948, Marko Feingold helped Jewish survivors in Salzburg who were living in Displaced Persons camps. At the same time, he established a successful clothing business. With the refugee organization Bricha, he also arranged for the (illegal) transit of many Jews from Central and Eastern Europe to Palestine. Two years after he was liberated, he married the Austrian woman Elisabeth Hackelbauer. This phase of his life is also documented unusually well in his post-war files: Elisabeth’s previous divorce, their marriage in 1947 – all of these documents wound up in his file at the IRO, which is now held in Bad Arolsen.

Together with his wife, Marko Feingold applied for emigration support in 1948. The support was provided, but for unexplained reasons, Marko Feingold lost his status as an “Eligible Displaced Person” which would have given him the right to enter the USA. The Arolsen Archives hold a letter he subsequently wrote to the IRO to appeal this decision and have his status reinstated. In the letter, he described how difficult it was for him to find a footing in Austria after years of persecution and imprisonment:

»I tried to forget and started to build a life… In the course of time, life here became a hell for me and I am no longer capable of continuing to live in the country where I lost everything. I have actually reached the point where I am willing to sacrifice my existence just to get away from here.«

After a very long processing time, Marko Feingold had his status reinstated in 1951. But he never realized his plans to emigrate. In the end, he managed to lead a fulfilling life in Austria. He continued to advocate for the concerns of Jews and for confronting the Nazi past. In 1979, Feingold was appointed president of the Jewish Religious Community of Salzburg, a position he held until his death. He also spoke out as a witness at schools. For this work, he received numerous awards and the title of Hofrat (an honorary title for civil servants in Austria). On September 19, 2019, Marko Feingold died of pneumonia at the age of 106.