Witness in trial of SS guard 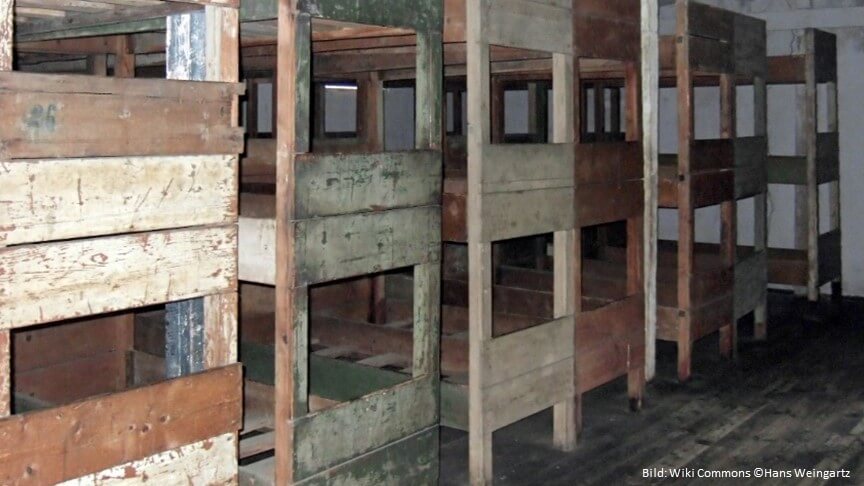 Giving evidence at the trial of the SS guard in Hamburg was very important to Marek Dunin-Wasowicz, so he traveled to Hamburg in October 2019 to recount his memories. Seventy-five years ago, he was arrested by the Nazi security police in Warsaw before being deported to the Stutthof concentration camp. Interesting information about his imprisonment is held in the Arolsen Archives.

As early as in 1939, one of the purposes served by the concentration camp was to imprison and murder members of the Polish resistance, intellectuals, and persecuted Jews. When Marek Dunin-Wasowicz arrived there in 1944, the National Socialists were using the site as an extermination camp.

His brother Krzysztof, three years his senior and accused of being an armed resistance fighter in the same document, was taken to the concentration camp at the same time. The brothers had been arrested together with their parents, who were also in the resistance. Initially, the whole family were taken to the notorious Pawiak prison, where about 37,000 people were murdered by the German occupiers between 1939 and 1944. The sons were deported to Stutthof.

The camp commander ordered that Marek be “assigned to level II”, which was Nazi terminology for a political “protective custody” prisoner with potential for reform. This category of imprisonment was used to detain opponents of the Nazi regime in concentration camps without a trial. In the camp, the young man’s name was replaced by a prisoner number, “35461.”

»It frightens me when I see what is happening in Germany, Poland, France, and many other countries as nationalism and racism rear their heads once more – and consequently fascism too. That is why I am coming. I do not want revenge.«

Marek Dunin-Wasowicz at the trial against SS guard Bruno D.

In the summer of 1944, Marek Dunin-Wasowicz was in the concentration camp’s so-called “prisoner hospital”. The trivializing nature of the language used by the National Socialists is particularly evident in words like these, because for people who were already in a weak condition, a stay at the “hospital” often ended in death. He survived and during his testimony he recounted how he could see the gas chambers from there.

The last evidence of his fate to be found in the Arolsen Archives dates back to the beginning of 1945, three months before the Stutthof concentration camp was liberated by Soviet soldiers. Thousands of prisoners were forcibly sent on so-called death marches to “evacuate” the camps. Many of them were murdered by the National Socialists along the way. Marek Dunin-Wasowicz and his brother Krzysztof managed to escape.

Seventy-five years on, SS guard Bruno D, is accused of being an accessory to the murder of 5230 people. He allegedly supported the insidious and cruel killing of Jewish prisoners and prevented their escape, revolt and liberation. Not until the trial of John Demjanjuk in 2011 and the change in legal practice which then ensued were criminal investigations pursued against SS guards. Since then, the German judiciary has begun to take action against guards who worked in concentration and extermination camps, even when they are not personally responsible for individual killings.