On the death of Vera Friedländer, author and contemporary witness 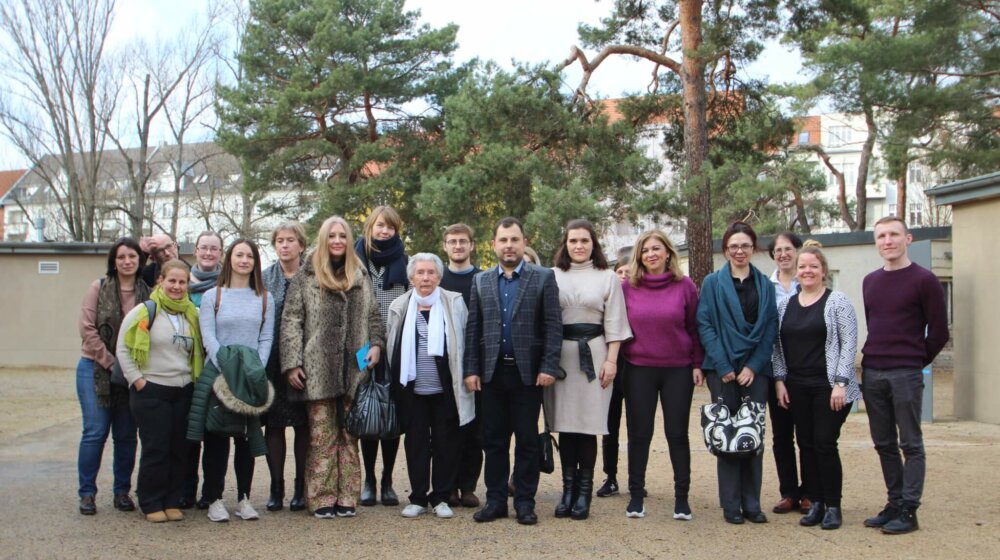 The Berlin-based author, Vera Friedländer, has died at the age of 91. She was persecuted during the Nazi era and was forced to work for the Salamander shoe company. As recently as in February 2019, she spoke as a contemporary witness at a joint event held by the Nazi Forced Labor Documentation Center and the Arolsen Archives.

Vera Friedländer, born in 1928, studied the history of the Salamander shoe company while carrying out research for her autobiography and she entered into a dispute with the firm. They maintained that the company’s management had always behaved irreproachably during the Nazi era and denied the existence of the shoe repair workshop in Berlin where Vera Friedländer had been forced to work under horrific conditions together with 50 to 60 other women and men. The Arolsen Archives have the documentation from a large number of inquiries submitted by former forced laborers who were also made to work for Salamander in Berlin and elsewhere.

At the International Winter School on forced labor held in February 2019, Vera Friedländer spoke about the time she had spent as a forced laborer and told of the murder of many members of her family in concentration camps. The Nazi Forced Labor Documentation Center and the Arolsen Archives had organized this event for educators from all over Europe.

Volunteers Anna Metta and Alexandra Seliynina helped the Arolsen Archives to organize the Winter School and were very impressed by Vera Friedländer: “For us, one of the most important things we experienced was the interview with Vera Friedländer, a surviving forced laborer who told the story of her family before, during and after the war. Being able to ask her questions was an invaluable experience that will always remain with us. Reading her life story or watching a video recording is nothing like actually hearing her voice and seeing her facial expressions.”

We will miss Vera Friedländer. The message she had for us – the importance of opposing oblivion and antisemitism – lives on in her books.