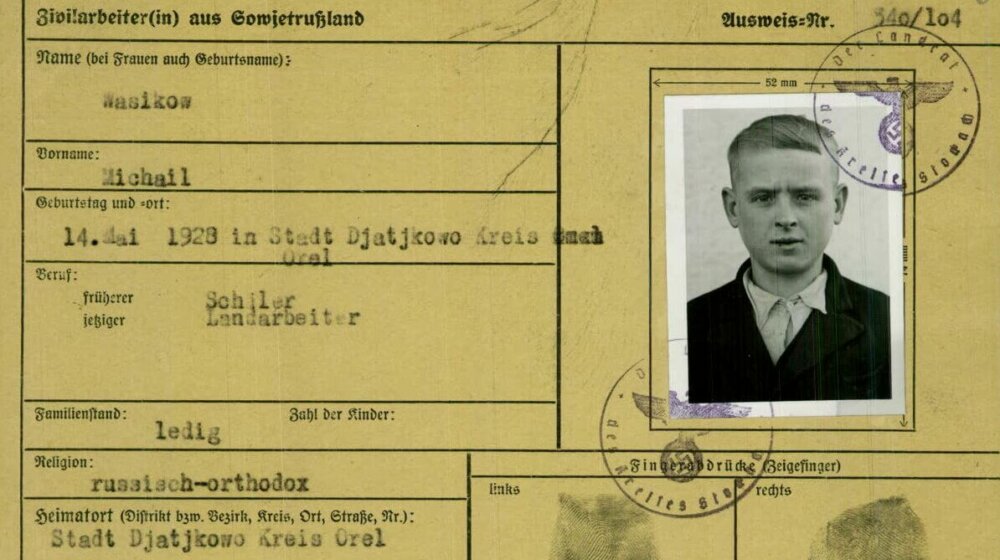 A remarkable “paper monument,” the only one of its kind, is available on the internet. Almost all the historical collections held by the Arolsen Archives are now online. People from all over the world can use the online archive to access 26 million documents containing information on 21 million names* of victims of Nazi persecution. The Arolsen Archives have recently expanded the collections on the internet to include documents on forced laborers and on deportations to concentration camps. This means that the majority of the documents in the world’s most comprehensive archive on Nazi persecution are now accessible online.

Within less than a year, the Arolsen Archives and their partner, the World Holocaust Remembrance Center Yad Vashem, Israel, have put almost all the documents of one of the largest collections on the National Socialists’ victims online. The new online archive was launched in May 2019 with 13 million documents. Using Yad Vashem’s state-of-the-art technology as well as their unique database for retrieval of names and places, it provides greater accessibility and usability of Holocaust documentation. A milestone has now been reached: The UNESCO’s Memory of the World documentation about the various victim groups targeted by the Nazi regime, about forced labor and migration after 1945 is now accessible to the public. Most recently, two huge collections went online. They are a unique body of evidence that documents the crimes committed by the Nazis, and they are of immeasurable value to the relatives of the victims of Nazi persecution:

Most of the documents on deportations are already very well indexed (it is possible to search the documents for names, for example). The information about deportations from Berlin is particularly comprehensive and especially interesting. The deportation and transport lists that were drawn up there are really “confiscation lists.” For almost every deportation, there is an accompanying memo to the Asset Assessments Office of the Chief Treasurer of Berlin. This authority used the lists as the basis for organizing the confiscation of the property of Jews from the Berlin area for the benefit of the Nazi state.

* A name does not equate to a person: Some of the names of victims of Nazi persecution are found with different spellings on different documents and this led to them being counted more than once.

Access the online archive of the Arolsen Archives here
Support us