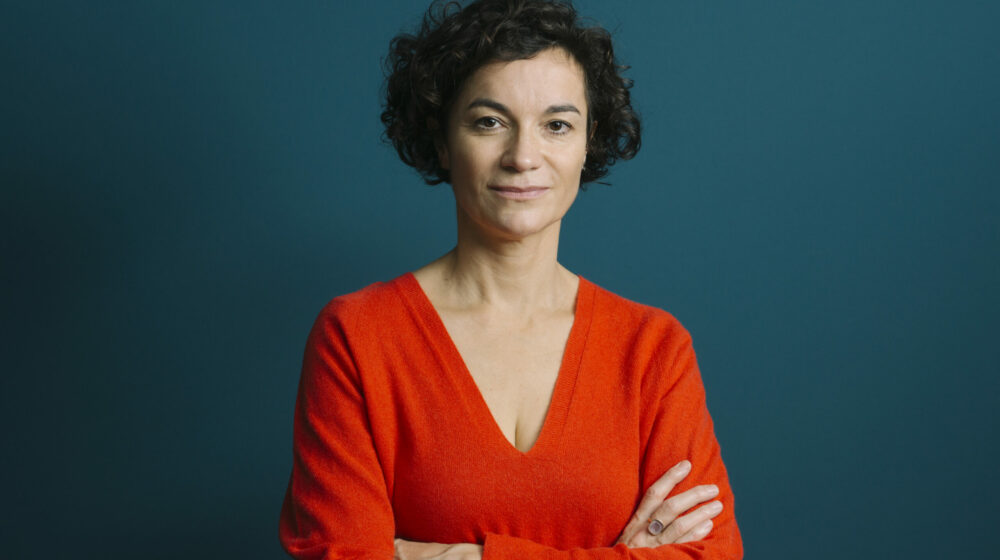 “Floriane Azoulay has succeeded in lifting millions of historical files out of obscurity and has given a voice to an entire archive” – the human rights expert and Director of the Arolsen Archives has been honored with the Prix de l’Académie de Berlin for her work.

Following the institution’s success at the Grimme Online Awards in June 2021, they now have a new reason to celebrate: Floriane Azoulay, the Director of the Arolsen Archives, has been awarded the Prix de l’Académie de Berlin, a Franco-German cultural and literary prize. It was awarded for the 14th time this year and is endowed with € 10,000. The award ceremony in Berlin was broadcast online for interested viewers.

Over the past five years, Floriane Azoulay has repositioned the Arolsen Archives – and has brought the institution into the public eye, most notably by launching a number of innovative digital projects. As part of the #everynamecounts initiative, for example, thousands of volunteers are helping to digitize archival documents from the world’s largest collection on the victims of Nazi persecution. The results are impressive: over 4.5 million document transcriptions in just over a year and a half.

A statement from the Académie de Berlin described her work as follows: “In projects like #StolenMemory and #everynamecounts, the French human rights activist manages to combine innovation, social engagement, and memory. She is helping to create a unique network of memorials in Germany, in France, and throughout the world, which will enable families, schools, and society as a whole to re-tell the narrative of the break with civilization that was the Holocaust, and which will preserve its memory in the 21st century.”

Floriane Azoulay previously spent almost ten years at the OSCE (Organization for Security and Cooperation in Europe), where she headed the Tolerance and Non-Discrimination Department, to mention just one of her roles there.

Floriane Azoulay shares this year’s prize with students from the University of Regensburg. They spent a year researching the fate of French prisoners in the Flossenbürg concentration camp and developed a bilingual podcast series that gives more than 5,000 contemporary witnesses a voice – a project that is very much in keeping with the spirit of the Arolsen Archives.