Janusz Korczak. The man who set an example for educators 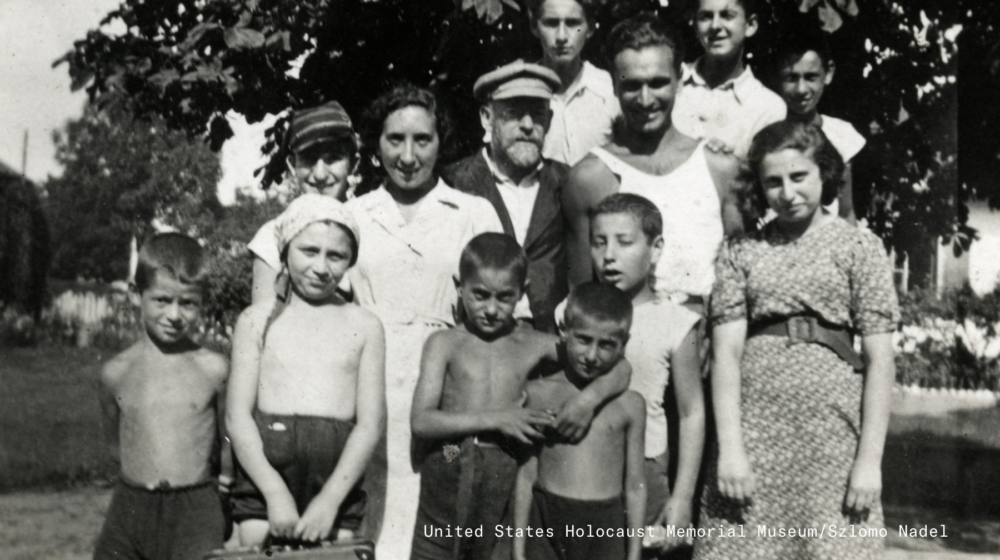 “Dear Sir or Madam, the TV program “Berliner Abendschau” recently included a report on the Jewish doctor Janusz Korczak. According to the report, Dr. Korczak was deported  to the Treblinka concentration camp in 1942 along with 200 Jewish orphans who were under his care. Do you know anything about their fate?” Hans Werner Prewing, one of the program’s viewers, wrote these words in a letter he sent to the International Tracing Service (now the Arolsen Archives) in 1992.

Other similar inquiries followed. Most of them came from  publishers and TV stations. Forty-four pages of correspondence in all. The authors of the letters were asking for documents that would confirm the doctor’s death in Treblinka death camp, alongside the Jewish children he was looking after.

Janusz Korczak’s surname appears on the list of Jews who were murdered between May 24, 1944, and August 1944. He is listed among the teachers – between Rega Kowalska and Aragon Koniński. Further down on the list, we can find Stefania Wilczyńska, who founded an orphanage with him. The document, which is written in French, also includes other professional groups – musicians, actors and directors, journalists and publishers, rabbis, painters, and sculptors.

Janusz Korczak was born in the late 1870s into an assimilated Polish Jewish family in Warsaw. His real name was Henryk Goldszmit, but he used the pseudonym “Janasz Korczak” in a writers’ competition and later used this name in a slightly modified form.

He had already finished his medical studies and had worked in a military medical support unit in the Far East and as a pediatrician in a Warsaw hospital. He had also worked as a doctor in orphanages, served in the army, and involved himself in many other activities related to his profession and his passion for writing. In 1911, he became the head of a new orphanage for Jewish children in Warsaw. He ran the facility (not only this one, but others too) based on his own philosophy for educating young people – each child there had duties and rights, but each of them was also taught to take responsibility for their own behavior.

The young residents of the so called “Children’s Republic” had their own court to listen to complaints and ensure justice. They were also responsible for publishing “Mały Przegląd” – a supplement of the “Nasz Przegląd” newspaper. The children chose the topics to be covered on their own and decided about the content. The Children’s Republic was a place where an innovative concept of community was implemented. It had its own institutions, including for example a credit union, the court, and its own press, as well as a group that promoted “useful entertainment,” for example. Janusz Korczak also hosted a radio program in which he called himself the “Old Doctor.” His way of talking, his honesty, and the easy way he expressed himself attracted not only young listeners, but also older ones.

Separated by a wall

He was a doctor, a writer, and an educator at the same time. When the German occupiers created the Warsaw ghetto on October 2, 1940, the orphanage run by Janusz Korczak and Stefania Wilczyńska found itself outside the ghetto walls, while the State School of Economics at 33 Chłodna Street was located within the newly created ghetto, so the institutions exchanged buildings.

People debilitated by disease tried to function in the ghetto in very dramatic conditions and without enough to eat. More and more children were left without proper care. In his diary, Janusz Korczak mentioned the constant struggle to obtain medicines and food for the orphans and find places for the children to stay. The orphanage staff made an effort to maintain the normal conditions and a certain routine that made it possible to survive behind the ghetto wall. They tried to focus the children’s attention on science and culture, special lessons, concerts, and performances.

Mass deportations of the ghetto inhabitants began at the end of July 1942. The deportations to Treblinka camp meant one thing: death. Korczak’s friends offered to help him organize his escape. But he would not consider leaving the children he cared for. When the German police came into the orphanage one August morning and ordered them to leave the building, the staff took the children outside. A group of 200 children – as witnesses recalled – marched peacefully through the ghetto to the Umschlagplatz.

»He walked erect, with a mask-like face, seemingly composed. He was leading this tragic procession. The youngest child was held in his arms, he took another one by the hand.«

Irena Sendlerowa saw the “Old Doctor” on that last march. She used the following words to describe what she saw: “In the memories of different people it looked like this, and for others it looked differently, but it doesn’t mean that anybody is wrong. You just have to remember that the way from the Orphan’s Home to the Umschlagplatz was long, it took four hours to get there. I saw them when they turned into Leszno from Żelazna Street”. Later, they were loaded onto the overcrowded trains that took them to the extermination camp. According to the judgement of the District Court in Lublin of March 27, 2015, the date of their death is assumed to have been August 7, 1942.