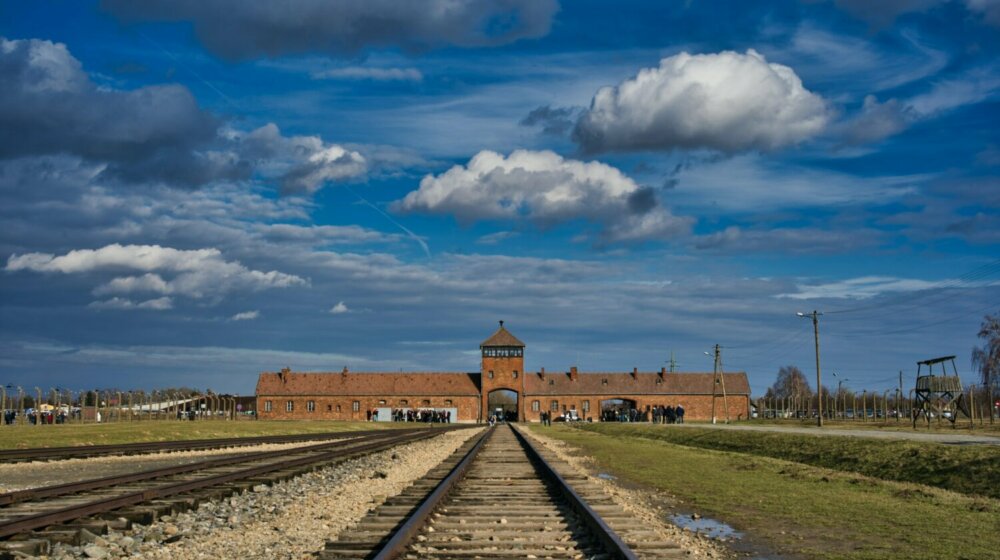 “Erinnern in Auschwitz – auch an sexuelle Minderheiten” is the title of the new book from the Polish and German-Dutch researchers Joanna Ostrowska, Joanna Talewicz-Kwiatkowska, and Lutz van Dijk. Their goal: to find a new of way of talking about and remembering victims of the Holocaust who belong to minority groups like the queer community or the Sinti and Roma.

Why did this book have to be written?

Joanna Ostrowska: The most important thing to say about that is that this book is the result of cooperation between Polish and German researchers and Lutz van Dijk was the prime mover in this project. It was also important to us to do something new in the field of queer memory, of queer history in Poland, and to link what we were doing with other groups of forgotten victims of the Holocaust.

Joanna Talewicz-Kwiatkowska: When we met for the first time three years ago in Warsaw, we discussed what we could do to make this topic more visible, especially in Poland, but not only in Poland. So far, apart from Dr. Joanna Ostrowska, no one in our country has dealt with the topic of pink triangles, there was a lack of research in this topic and it was Joanna who filled this gap. We discussed research, educational challenges and the book, which, as we then recognized, should be the beginning of a process related to building public awareness of the persecution of homosexuals during the Nazi era.

During the work on the book, the situation in Poland worsened significantly. I mean the attacks against the LGBTIQA + community. Verbal and non-verbal aggression by politicians from the ruling party has opened Pandora’s box. Hate speech, LGBTIQA+ free zones, violence, dehumanization are the effect of the borders shifted by politicians. The lack of reaction, and even the neutralization of homophobia, made us even more convinced that the publication of this book is an extremely important step. Especially nowadays. 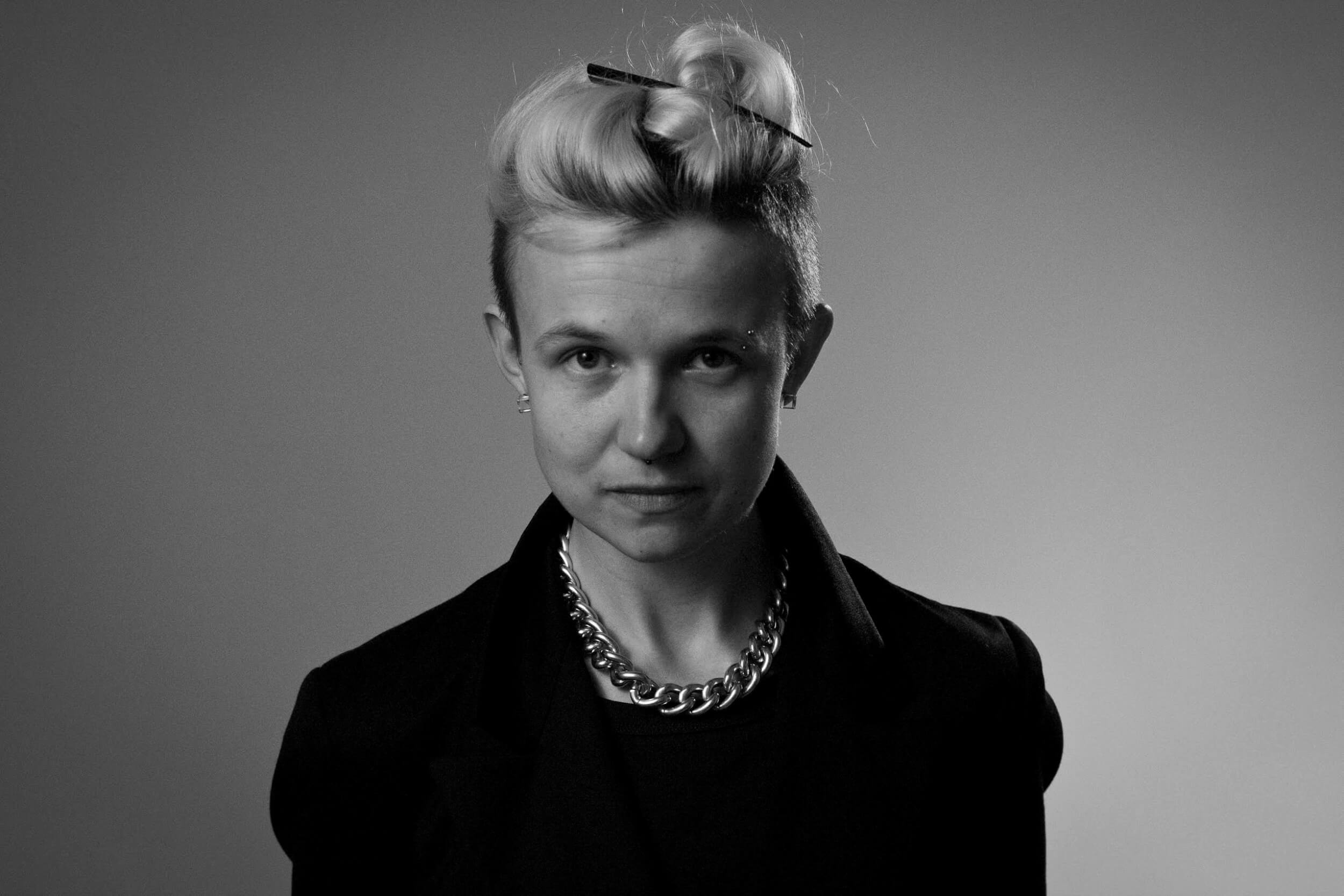 »The Polish government and the Catholic Church refer to LGBTIQA+ people as ideology and don´t see them as people. I think that the situation we are experiencing now is a consequence of the lack of awareness of queer history.«

Why is remembrance work still so important today for victim groups like queer people and Roma and Sinti?

Joanna Ostrowska: The queer community doesn’t have a WWII history in Poland. There is no Polish perspective when it comes to talking about queer history. The subject is not only complicated in Poland now, it was already complicated before 2015 when the Law and Justice party came to power in Poland. Our society is very conservative, that is why it was impossible to conduct this kind of research for many years. When I talked about my field of research, “Queer history,” people often started laughing or said it wasn’t part of history, especially not of Polish history. The political situation is now even worse. If we look at the period between 2019 and now, the situation for LGBTIQA+ people in Poland has become a real disaster. The Polish government and the Catholic Church refer to LGBTIQA+ people as ideologists and don´t see them as people. I think that the situation we are experiencing now is a consequence of the lack of awareness of queer history.

Joanna Talewicz-Kwiatkowska: The topic of LGBTIQA + history is part of a much broader context related to the history of forgotten victims, including Roma and Sinti. Until recently, the history of our community during World War II was described as the forgotten Holocaust. It was not included in the Holocaust discourse that was building up after the war. Research and publications were lacking. The perpetrators of the Roma and Sinti were not tried during the Nuremberg trials, thus the Roma and Sinti did not receive the status of Nazi victims. It was only in the early  1980s that the Federal Republic of Germany recognized the extermination of the Roma and Sinti. Poland did it in 2011 and the European Parliament in 2015.

The first ceremonies commemorating the extermination of our minority took place in the early 1990s thanks to the involvement of the Roma and Sinti communities. Building social awareness of LGBTIQA + history is a very similar path. Long, difficult and winding and showing how strong is the relationship between building a narrative on this topic and prejudices and hate speech against LGBTIQA + in Poland. About research, about educational challenges and about the book, which, as we then recognized, should be the beginning of a process related to building social awareness about the persecution of homosexuals during the Nazi era. 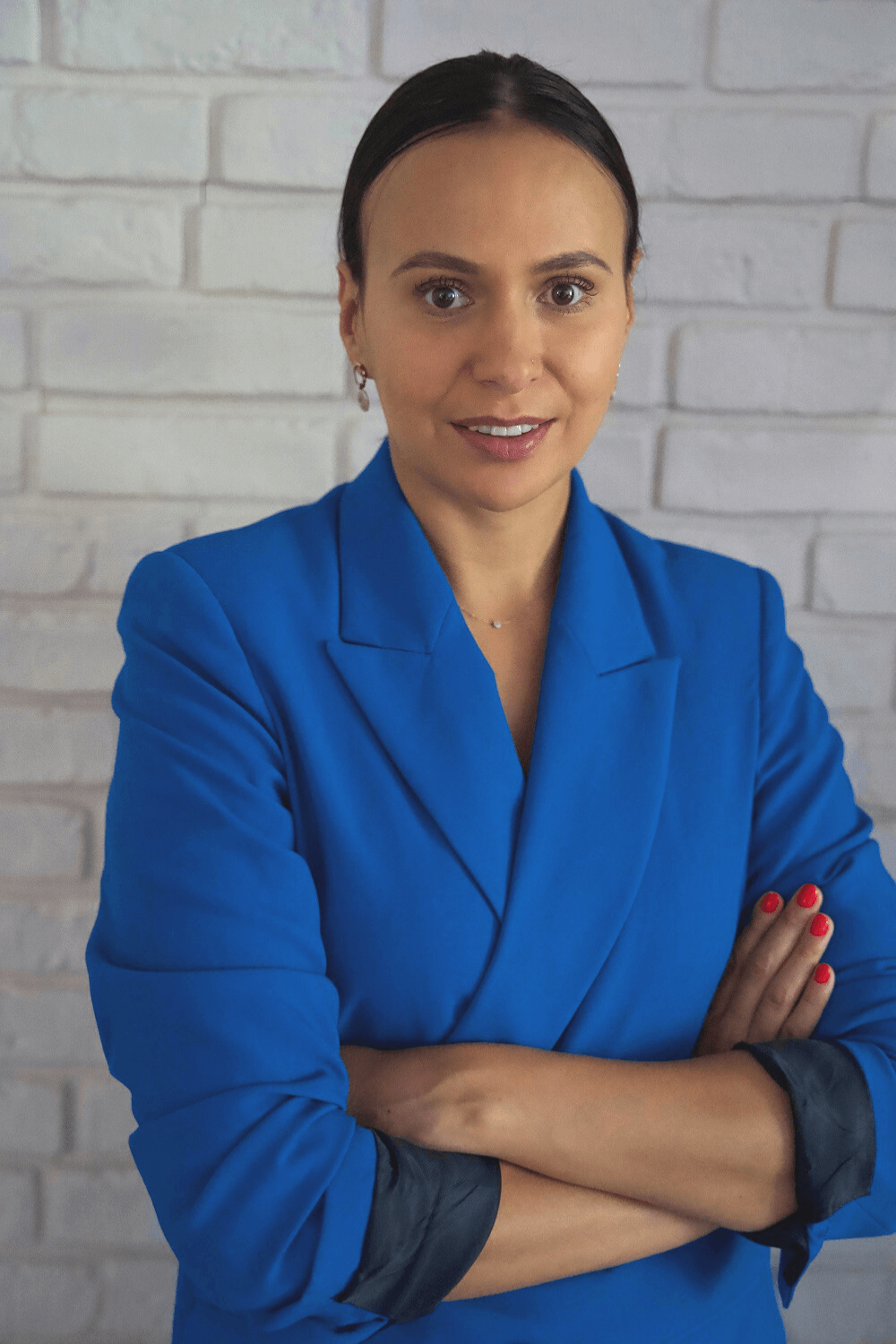 »We would like to show that the past is not just a thing of the past, it is actually something which we are confronted with in the present day. The prejudice and the persecution of homosexuals and LGBT+ groups in Poland are part of the same mechanism, which is familiar to us from the past. This is very dangerous.«

Joannna Talewicz-Kwiatkowska, Assistant professor at the Institute of Ethnology and Cultural Anthropology at the University of Warsaw

What do want to achieve through the book?

Joanna Ostrowska: It was very important to us to include LGBTIQA+ activists as authors in the book. I think that there’s a special need for queer history, after it has been excluded for so long, to come back now because of the political situation and because of the Catholic Church in Poland. We think that this book is the first step towards creating a situation in which people, especially young people in Poland, will have something to read, a means of educating themselves and of gaining the strength to say no to the government and to the Catholic Church. To be able to say: No, you are wrong!

Joanna Talewicz-Kwiatkowska: It is very important for us to make society aware that the past and present time are closely related. I mean the mechanisms that led to the Holocaust and the persecution of various groups during the war. The prejudice and persecution of LGBTIQA + in Poland triggered the same mechanism that led to a huge tragedy in the past. Concentration camps, death camps are the result of a longer process, which began with words, i.e. hate speech. Failure to react at the right moment means starting the next stages. It’s like the effect of a snowball, which is fast and heavy and extremely difficult to stop. It is extremely dangerous, the more that we are witnessing this process today. Whether we manage to stop it depends only on us. That is why social awareness is so important. I believe that education is conducive to reaction, the more I emphasize the importance of this publication.

How can your publication help to transform the historiography of Poland and improve the situation of the queer community?

Joanna Ostrowska: For me, it is important to point out that German men were not the only ones to be persecuted because of §175 during the Holocaust. Poles were persecuted too and not only because of sexual relationships between Germans and Poles but also because of sexual relationships between Poles – this is something new. Even today, you can still read in Polish newspapers and academic journals that the homosexuals were all German; so more than 70 years after the war, Polish people cannot imagine that Poles, Jews, Silesians, and others were persecuted because of that paragraph.

So his biography – and this is only the first of many, because we are just starting out on this path – shows us that we still have a lot of research to do in this area. Up until 2020, researchers were sure that this kind of situation wasn´t possible. We also want to use this book as a springboard to start cooperating with Polish institutions. We want to send out a signal that we are ready for change in all sorts of areas, including remembrance and educational work.

Joanna Talewicz-Kwiatkowska: For as long as I can remember, the topic of LGBTIQA + has been controversial in Poland. What is happening today is the result of a lack of reaction from previous ruling parties that have done nothing to build an alternative narrative in times like this. There is no anti-discrimination education and otherness is perceived as a threat. Without education and social awareness, we are susceptible to manipulations based on myths and false stories about LGBTIQA +, Roma and Sinti, refugees, immigrants etc.

The book is a brick that I hope will contribute to positive changes. It will initiate a broader discussion, point out more blank spots in historiography and make people aware of processes analogous to those present today, which led to the exclusion and persecution, as well as the extermination of Roma and Jews during World War II. This is important because the history of LGBTIQA + is part of a much wider context related to the aforementioned otherness. Therefore, I consider building an alternative narrative to the one that is full of fear and hatred as a key issue.

Thank you both very much for the interview!

The book „Erinnern in Auschwitz auch an sexuelle Minderheiten“ was published 2020 by Querverlag. The Polish edition will be published in September 2021 by Neriton.

Joanna Ostrowska – Humanities Ph. D. laureate. Lecturer at Judaistic Studies chair at Jagiellonian University (Krakow), Gender Studies at Warsaw University, and Polish-Jewish Studies at the Institute of Literary Research, Polish Academy of Sciences. She researches the subject of forgotten victims of the Holocaust and queer history of WWII.