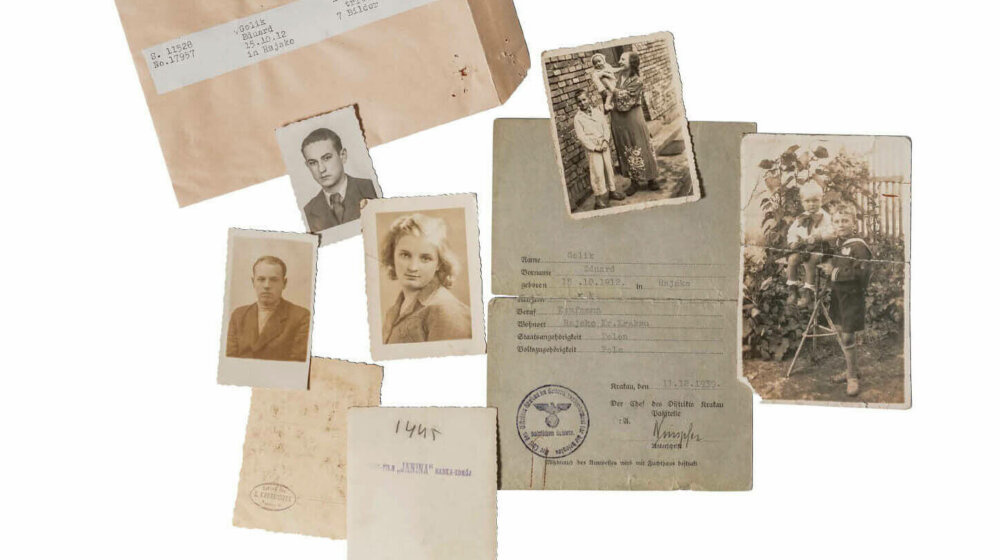 June 14, 2020, is the 80th anniversary of the first transport of Polish prisoners to the Auschwitz concentration camp, and to mark the occasion, the Arolsen Archives are presenting a digital #StolenMemory exhibition for the first time ever. Developed in partnership with the Auschwitz-Birkenau State Museum, the exhibition cannot take place there as planned due to the measures currently in place to prevent the spread of the coronavirus. Instead, the fates of 14 former prisoners of the Auschwitz concentration camp can now be viewed online by all those interested in their stories.

June 14, 2020, is the 80th anniversary of the first transport of Polish prisoners to the Nazi concentration camp Auschwitz. The 728 male prisoners included Polish soldiers, politicians, civil servants, teachers, doctors, and clergymen – but also underage students and boy scouts. They were assigned prisoner numbers 31 to 758. Members of the German occupying forces confiscated the things they had with them at the time of their arrest.

In most cases, these items have not been preserved. But a small group of the 728 prisoners who were transported from Auschwitz to the Neuengamme concentration camp near Hamburg or to the Dachau concentration camp in order to do forced labor are an exception to the rule. Various coincidences led to their personal property being kept in a special collection at the Arolsen Archives – where it will stay until the items can be returned to the families concerned. Because these so-called effects do not “belong” to the archive, but to the descendants of their former owners.

To the digital exhibition

In 1963, around 4,700 “effects envelopes” containing the personal possessions of former prisoners were sent to the archive in Arolsen – the contents of these envelopes belong to people from over 30 different countries. Hundreds of these envelopes and the objects they contain have been returned to the families of their rightful owners over the years.

In 2016, the Arolsen Archives launched the #StolenMemory campaign in order to begin an active search for relatives in various countries with support from volunteers. This tracing campaign led to the creation of the #StolenMemory exhibition, which has already been shown in many different places and always focuses on the fates of prisoners from the host country. The results are impressive: by May 2020, a total of over 400 of these personal effects had been handed over to relatives.

Not on site, but online

Due to the coronavirus pandemic, the exhibition that was originally planned for the main entrance to the Auschwitz Museum will be shown on the website of the Arolsen Archives at first instead. The specially developed online exhibition describes the paths of persecution and the fates of 14 former prisoners of the Nazi concentration camp Auschwitz – half of them were in the first transport. It also shows which personal items are still being kept in the archive and, therefore, which prisoners’ families still haven’t been traced. But it also tells the stories of how some of the items have already been returned to the families concerned: Poland has an especially high number of volunteers who have successfully managed to return items to their rightful owners on a number of occasions.

The online exhibition is rounded off by background information on the #StolenMemory campaign, the Auschwitz concentration camp, and the disastrous sinking of the Cap Arcona and the Thielbek, which led to the deaths of almost 7000 concentration camp prisoners in May 1945, some of whom had been on the first transport to Auschwitz.

The new online exhibition enables us to present the successful #StolenMemory campaign to an even wider audience – in the hope that more volunteers will come forward to help with the often difficult search for relatives. At the same time, it is also a source of inspiration that encourages us to accompany future #StolenMemory exhibitions with a digital version.

For more information about the memorial event that is to take place at the Auschwitz museum on June 14 and to access press information, go to www.auschwitz.org