Nazi Germany’s Schriftleitergesetz: The End of Freedom of the Press 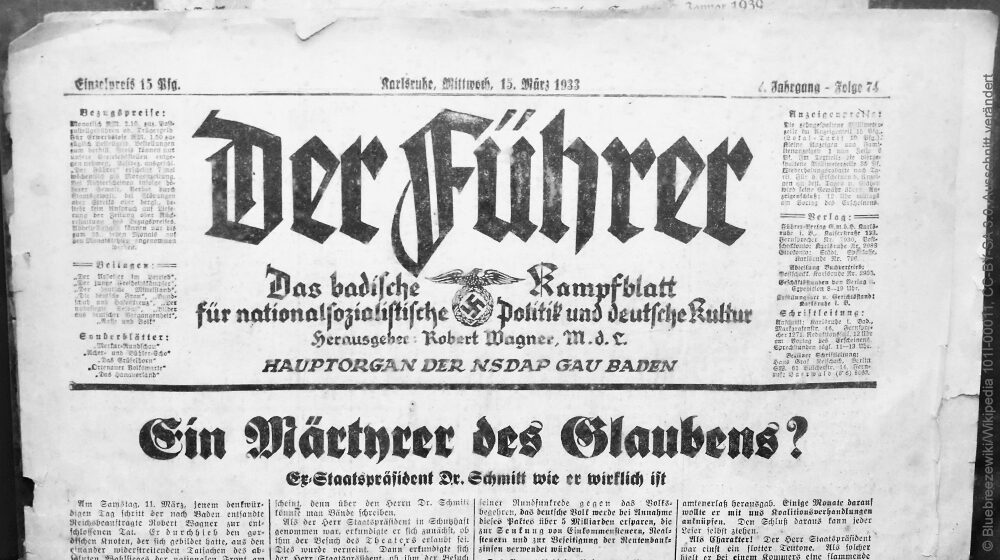 “I have the natural intention to be and to remain the warm-hearted protector of the German press.” These are the words Propaganda Minister Joseph Goebbels used when he introduced the so-called Schriftleitergesetz (Editor’s Law) on October 4, 1933 – a law that fundamentally changed the work of journalists in Germany. The Nazis chose the term “Schriftleiter” to refer to journalists because it sounded more German.

From that moment on, journalists had register in a professional roster to be able to exercise their profession – only people with an “Aryan certificate” (proof of Aryan descent) were accepted. Schriftleiter also needed to have one year of professional training behind them, and they were only allowed to work once they had completed a training course and taken a final examination.

When the law came into force on January 1, 1934, many hundreds of journalists lost their jobs. Some stood no chance of being included on the professional roster because they were Jewish or non-Aryan, others because their opposition to the Nazi regime meant they would not toe the party line, for example.

»Editors are especially bound to keep out of the newspapers anything which: (…) tends to weaken the strength of the German Reich, outwardly or inwardly, the common will of the German people, the German defense ability, culture, or economy, or offends the religious sentiments of others.«

Regardless of whether they lived in the German Reich or in the occupied nations, media professionals like Carl von Ossietzky, Milena Jesenská, and Titus Anno Brandsma who were involved in the resistance were often arrested, deported to concentration camps, and mistreated; many of them were killed. However, this was not the only reason why there was little opposition to the law: After the Gleichschaltung (forced coordination) of the press, Schriftleiter had a status similar to that of civil servants. If they behaved in the right way, it was almost impossible to dismiss journalists who toed the party line.

An “announcement” made by the provisional post-war government on June 20, 1945, repealed and annulled the Schriftleitergesetz. One of the consequences of the law’s repeal can still be felt today: anyone can call themselves a journalist, there are no legal restrictions on entry to the profession.