“The gate in my family history has been opened” 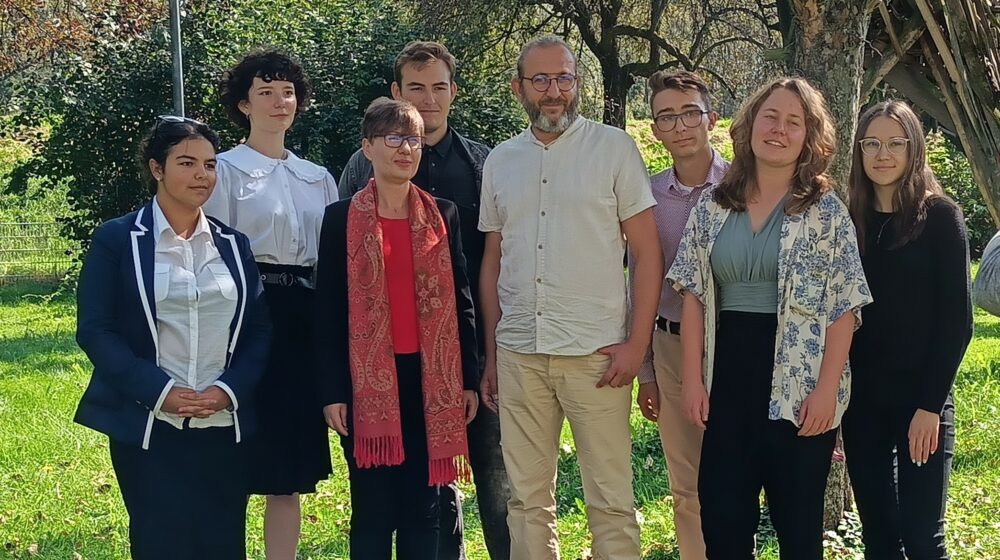 A group of young volunteers have found the family of a former prisoner of the Neuengamme concentration camp. His name was Zygmunt Jakubczyk, and this is the fourth successful search carried out by the group of high school students from Oświęcim.

During a meeting at the International Youth Meeting Centre on September 8, 2021, the personal belongings of Zygmunt Jakubczyk, who died in 1944, were handed over to one of his relatives. The mementoes, which had been stored in Bad Arolsen since the 1960s, were collected in Oświęcim by his brother’s grandson – Sebastian Jakubczyk.

“I was working – I have an optician’s shop – when the tax office in Katowice called me. The first words I heard were: you don’t need to be afraid. The woman at the other end told me about my ancestor. But because of the avalanche of fake news on the internet, I stayed calm. She then informed me that she couldn’t give my personal data to third parties, but told me about the foundation I should contact. First of all, I checked this foundation, and it turned out that it exists and is in operation. After that, I called my dad. And then a gate into my family story opened – it is a story that has lain untouched up until now,” said Sebastian Jakubczyk. 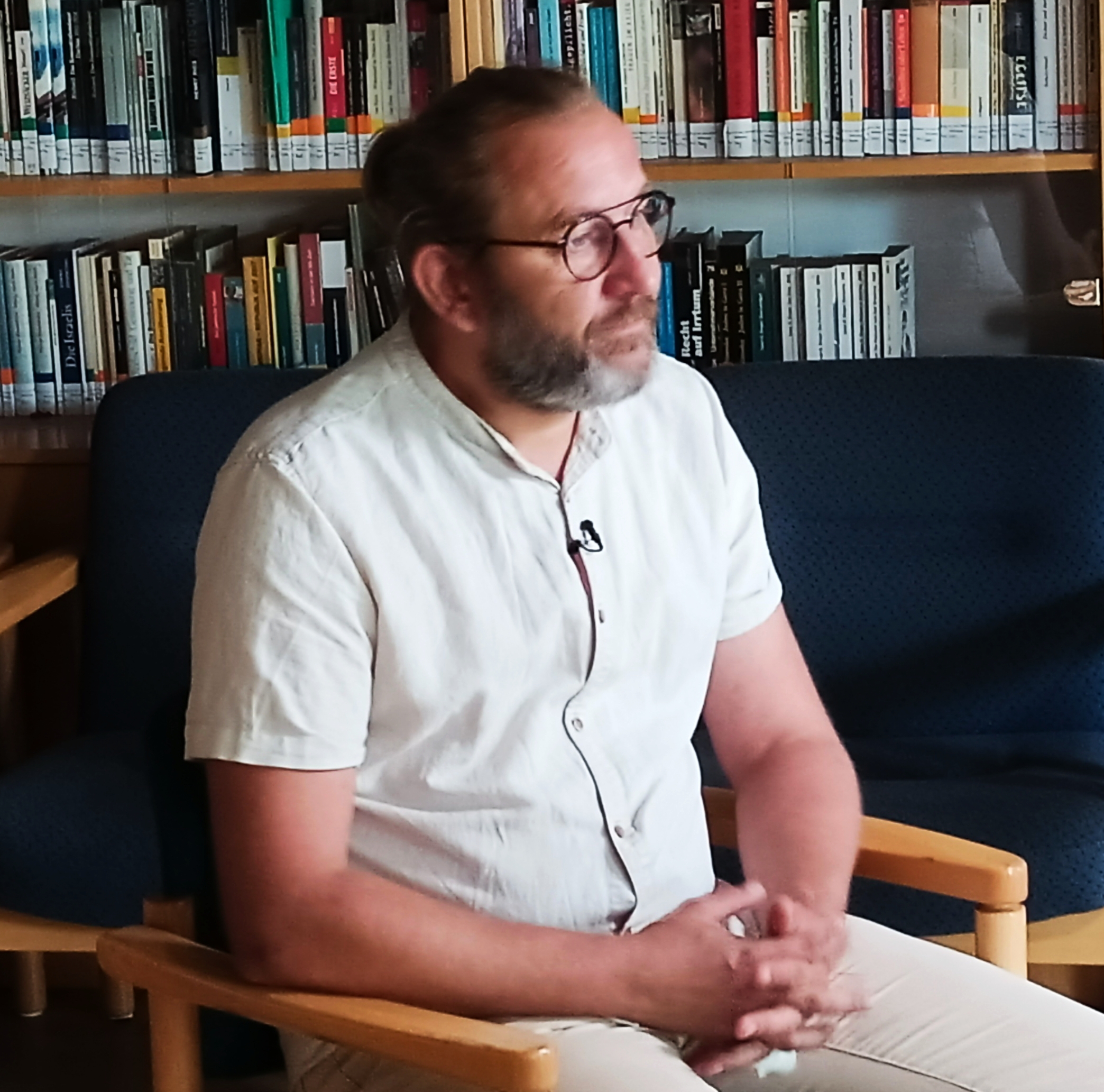 »My grandfather Adam had never been willing to talk about the war. He had never mentioned his brother or sister.«

Zygmunt Jakubczyk was born on January 25, 1920, in the town of Niwka (now a district of Sosnowiec city). During World War II he was deported and forced to work for the Third Reich. It is known that in 1940 he worked as a miner in the Walsum mine (nowadays, Walsum is a district of Duisburg city).

On August 21, 1940, he was sentenced to four months in prison for “avoiding work”. He was sent to jail in Duisburg. However, according to the documents that have been preserved, he spent only eight days there.

Research carried out by Malgorzata Przybyla from the Arolsen Archives and the group of volunteers revealed that Zygmunt’s siblings – Adam and Leokadia – were forced laborers too. Both were taken to the town of Ronnenberg near Hanover.

Little is known about Zygmunt’s life between 1940 and 1944. The mementoes that have survived, however, suggest that he was preparing to become a watchmaker. Among the personal belongings given back to his relative was a collection of pocket watches.

The group of young volunteers managed to find out that Jakubczyk had a professional connection with Josef Sander’s jewelry and watchmaker’s shop – the evidence is on the top of the box containing the watches.

In October 1944, he was transferred to the Neuengamme concentration camp, where he was given the prisoner number 58385. Zygmunt survived only two months in the concentration camp. The Nazis forced the prisoners to perform the heaviest physical labor and mistreated them very badly. In addition, the food supply and the hygienic conditions were often catastrophic. He died in one of Neuengamme’s sub-camps in the Salzgitter area on December 17, 1944.

Finding Jakubczyk’s family would not have been possible without involvement of a team of high school students – Sabina Kwiatkowska, Mateusz Mika, Kinga Paciorek, Maciej Piłat, Zofia Przeworska, and Karolina Tarkowska, supported by Elżbieta Pasternak from the Youth Meeting Centre in Oswiecim, Malgorzata Przybyla and Anna Meier-Osinski from the Arolsen Archives, and Krzysztof Imiolek from the Polish Genealogical Society. 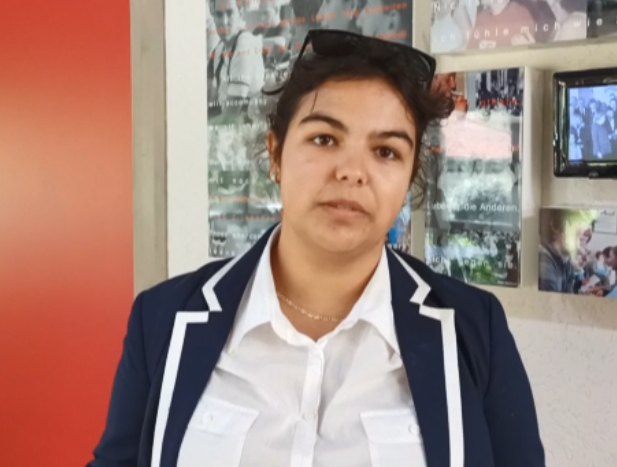 »History has to be touched, it has to be experienced. Conversations with contemporary witnesses give us a real history lesson.«

“It is history that decides about everything that will happen next. Through the #StolenMemory campaign, we can experience learning in a different way. We participate in putting the puzzle pieces of history together. It is an unforgettable experience for me,” 18-year-old Sabina Kwiatkowska explained during the ceremony.

“The moment when we hand over the personal belongings to the relatives we were looking for is the best reward there can be, and this is a feeling worth fighting for,” concluded 18-year-old Kinga Paciorek.

The group have already successfully solved three #StolenMemory cases, and they are eager to go on. Most of the members are finishing school next year and might move away. Some of the volunteers want to keep up their work, but they are looking for younger students to join them and carry the groups work into the future.

“Uncle Wilhelm has come back home again”
Support us